This time I have some speckled brownstone clay (from Highwater Clays). 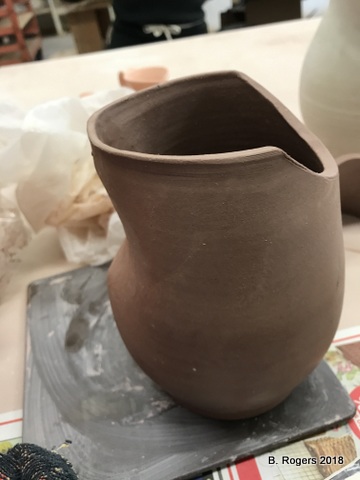 I threw the basic shape a few days ago, and I was worried that it had firmed up too much.  That meant when I cut it and removed the wedge for the handle area (on left above) I had to put a lot of slip and extra coils of clay into the "wound" while smoothing it out.  Since clay seems to have a memory, it may split apart at any stage in the rest of the assembly.

The curve cut-out on the right side at the top, of course, is where I'll apply a piece of curved slab of clay...and again put lots of slip and some coils along the seam to strengthen it up. 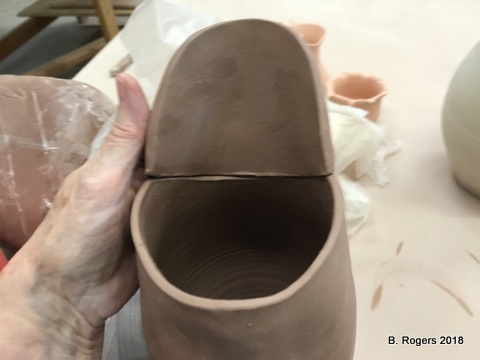 A bit of guesswork here.  I mentioned to friends in the studio that if I'd been smart I would have a pattern to cut with.  Instead, I cut and guess.  I never claimed to be a pro! 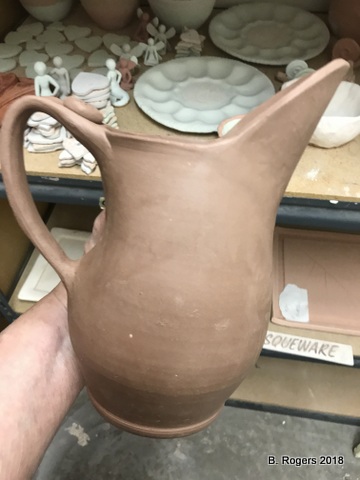 Still damp, but into the kiln room to dry and then get into a bisque kiln-load.