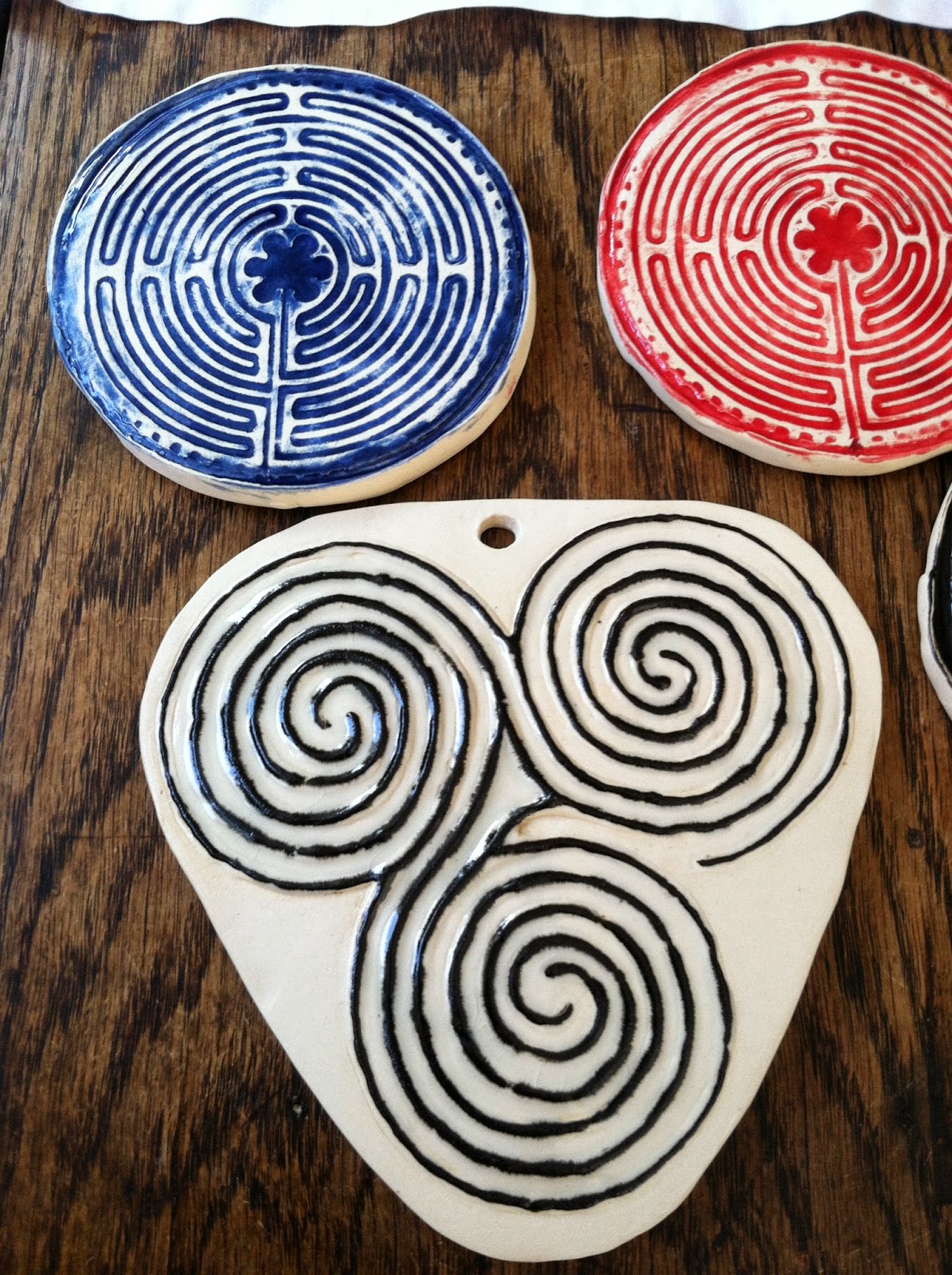 Several methods, of which I'm still not certain I would do them again, of glazing a finger labyrinth.

The designs are from our ancestors, way way back.  The triple spiral is found at Newgrange, Ireland, and the island of Malta.

The other occurs at Chartres Cathedral, in France...at a sight said to have been holy before the Christians came there.

Both labyrinths are to be followed meditatively with a pencil/pen/toothpick etc.  To spend a moment away from screens of digital images, and thinking of the continual spirals of our lives, in out around and back to come to center.  Which is what a labyrinth is all about.

Now remember, a maze is full of dead ends and aims to confuse one into never getting to center, or even returning.  The labyrinth is to attain center, slowly, to spend that time on your own movements, and perhaps to think slower, and feel better.  That's what I've heard. 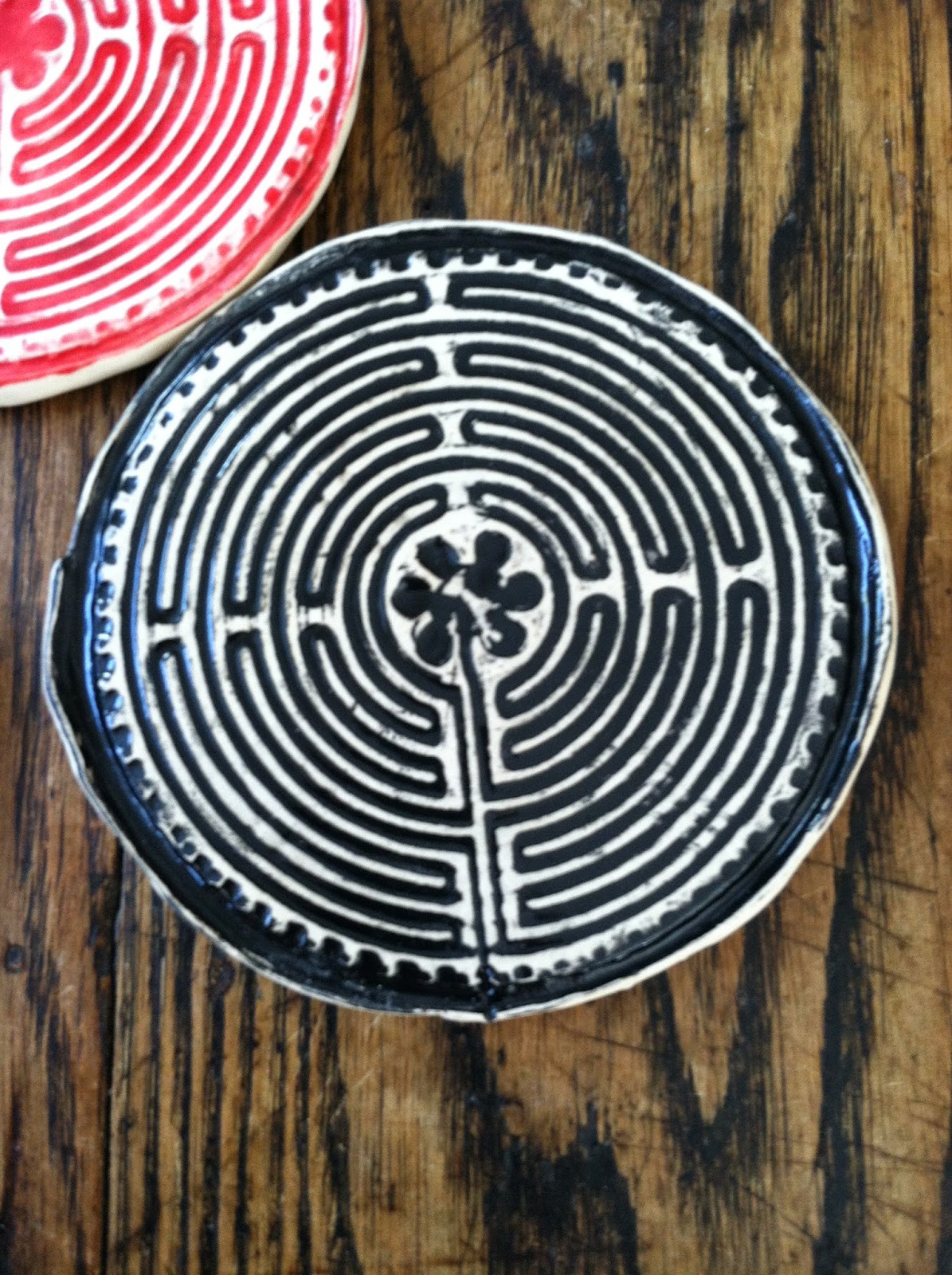 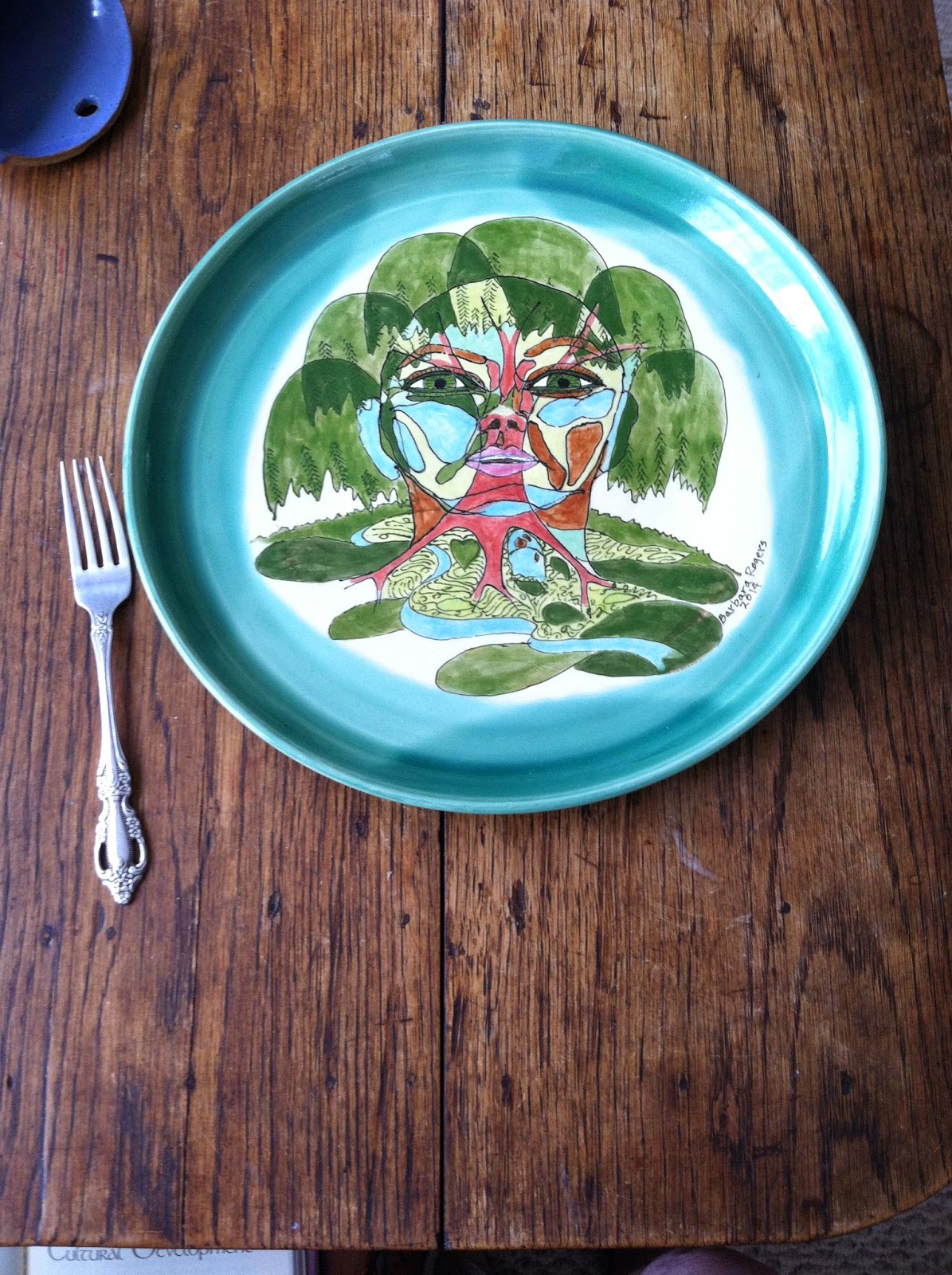 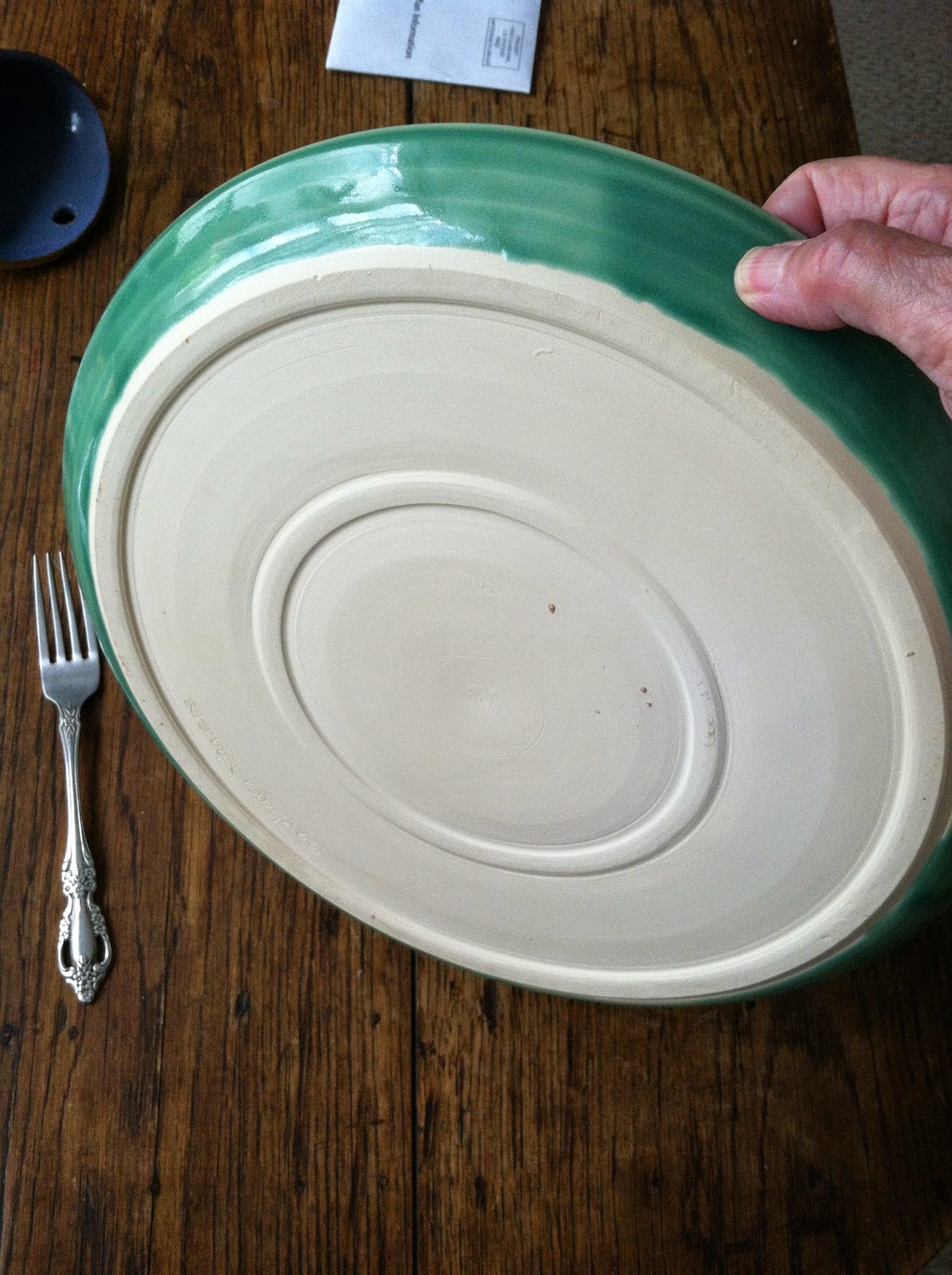 I have no idea what the rest of that rhyme is...do you?

But I was inspired by something to paint a couple of lady bugs on slabs of clay the other day...and on the side of a bowl.  The slabs were fired, and one went to a vendor at the Tailgate Market early Saturday morning.  She needed a birthday gift, and the Mud Buddies are always happy to help her with her gift giving  needs. 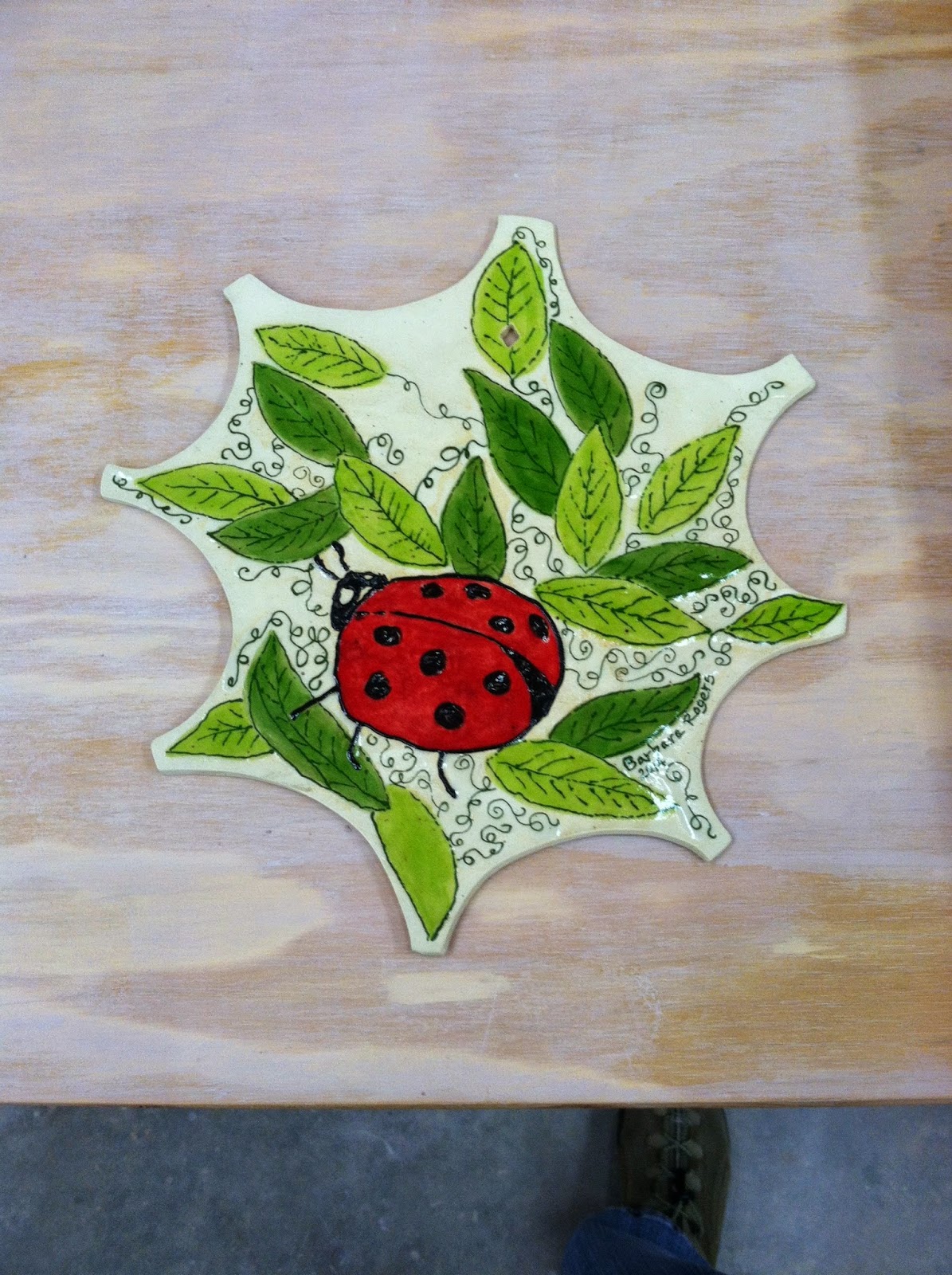 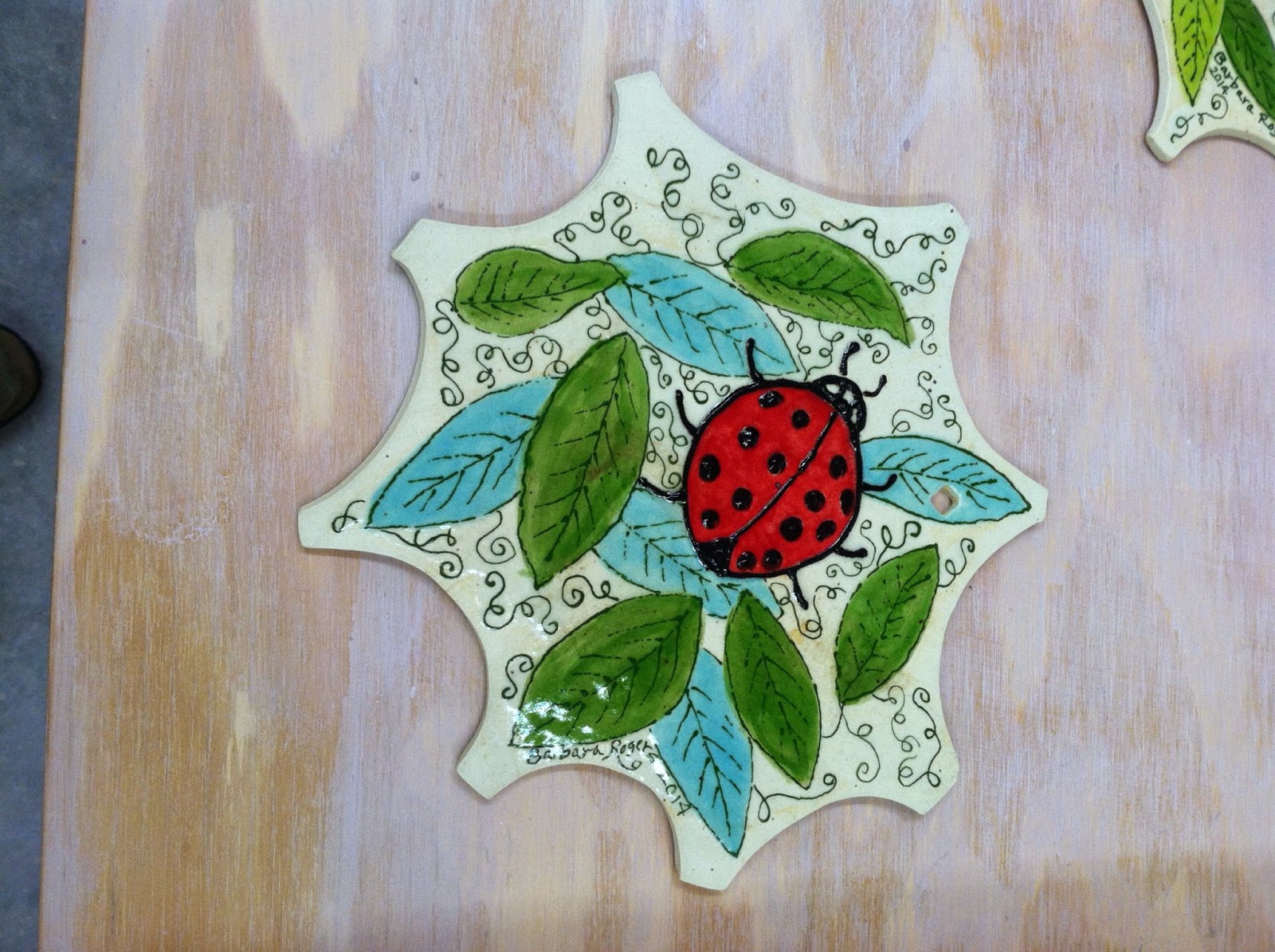 These are meant as wall hangings, as many of my recent pieces have been. 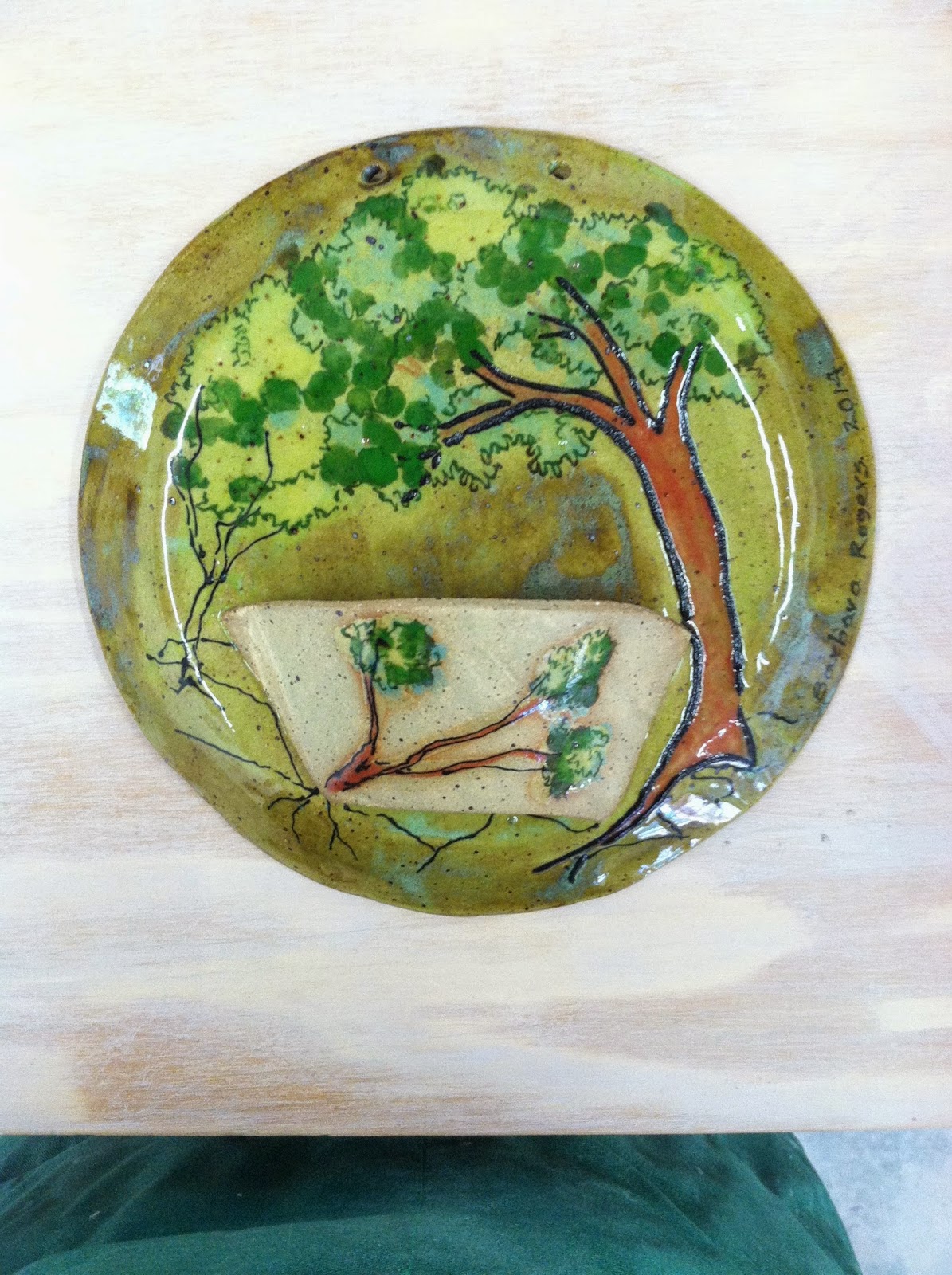 I'm still waiting for the market to discover wall hangings...especially these with little pockets for something personal to be added.
Posted by Barbara Rogers at 3:06 PM 6 comments: 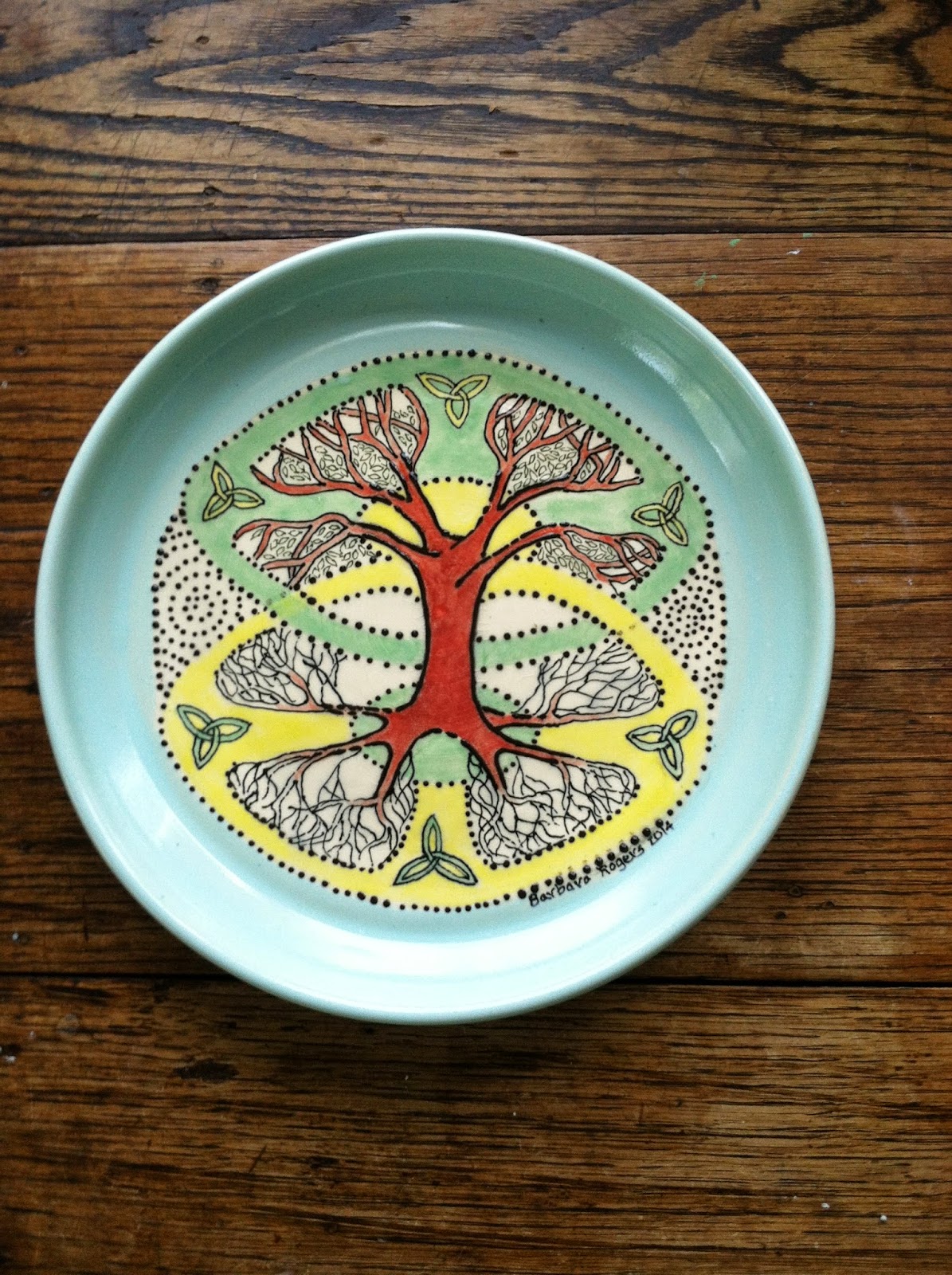 I've run out of blank plates...this week I went back to throwing more, trimming more, taking to the BMCA studio, then waiting for bisque firing...and sometime this next week I can start painting some more designs.  No two alike, as you may have noticed.  I love doing trees and Celtic type designs of my own.  (No copying other designs out there!)
Posted by Barbara Rogers at 11:05 AM 3 comments:

What else hangs on a wall? Not ice cream cones, but weed pocket cones...for indoor or outdoor use.

I got six of these made with different colors...and shapes.  Fun to make, can't wait till they are used! 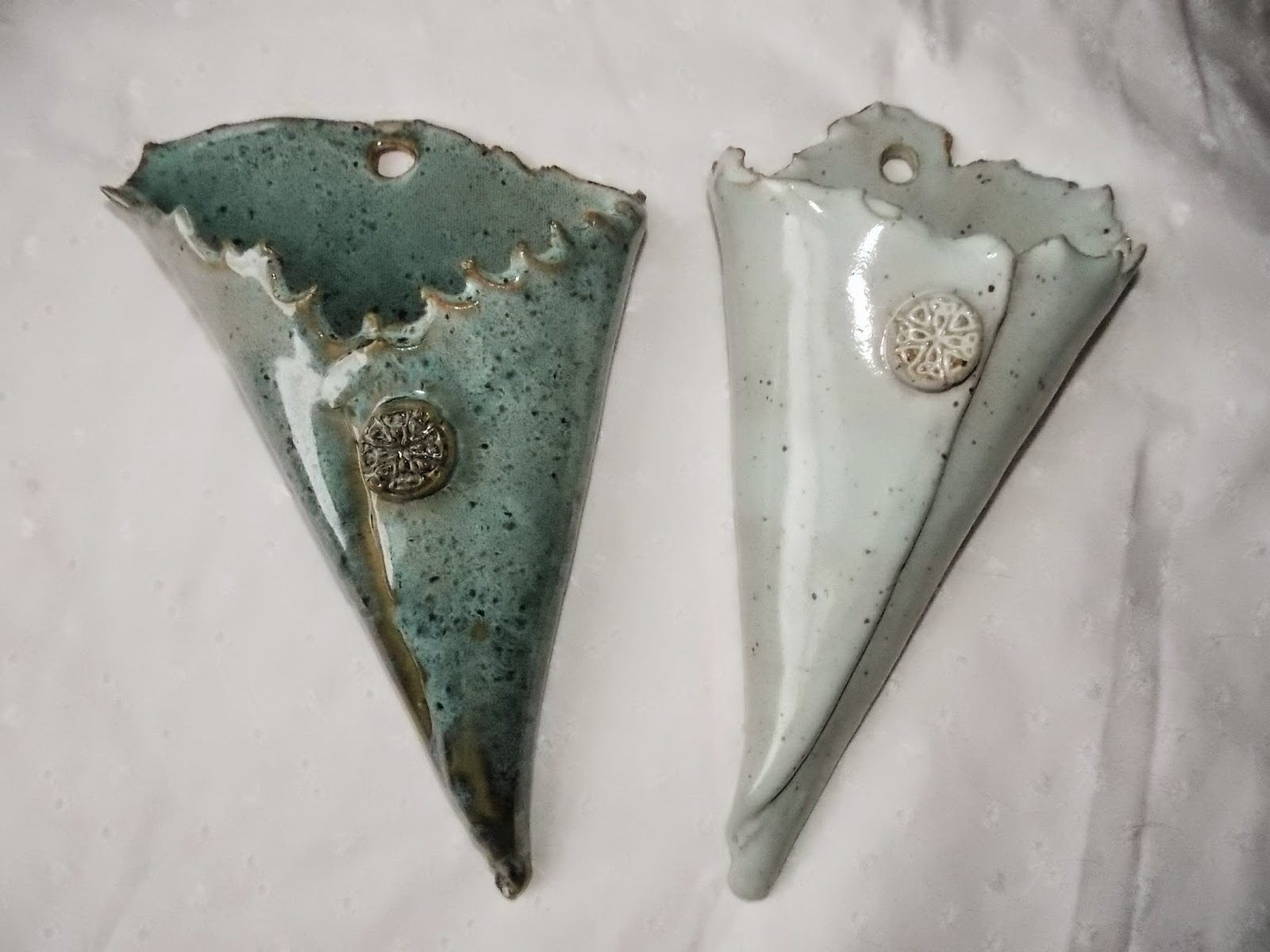 ... these pillow shapes have their own little pockets in which something might be stuck by the ingenious decorator. 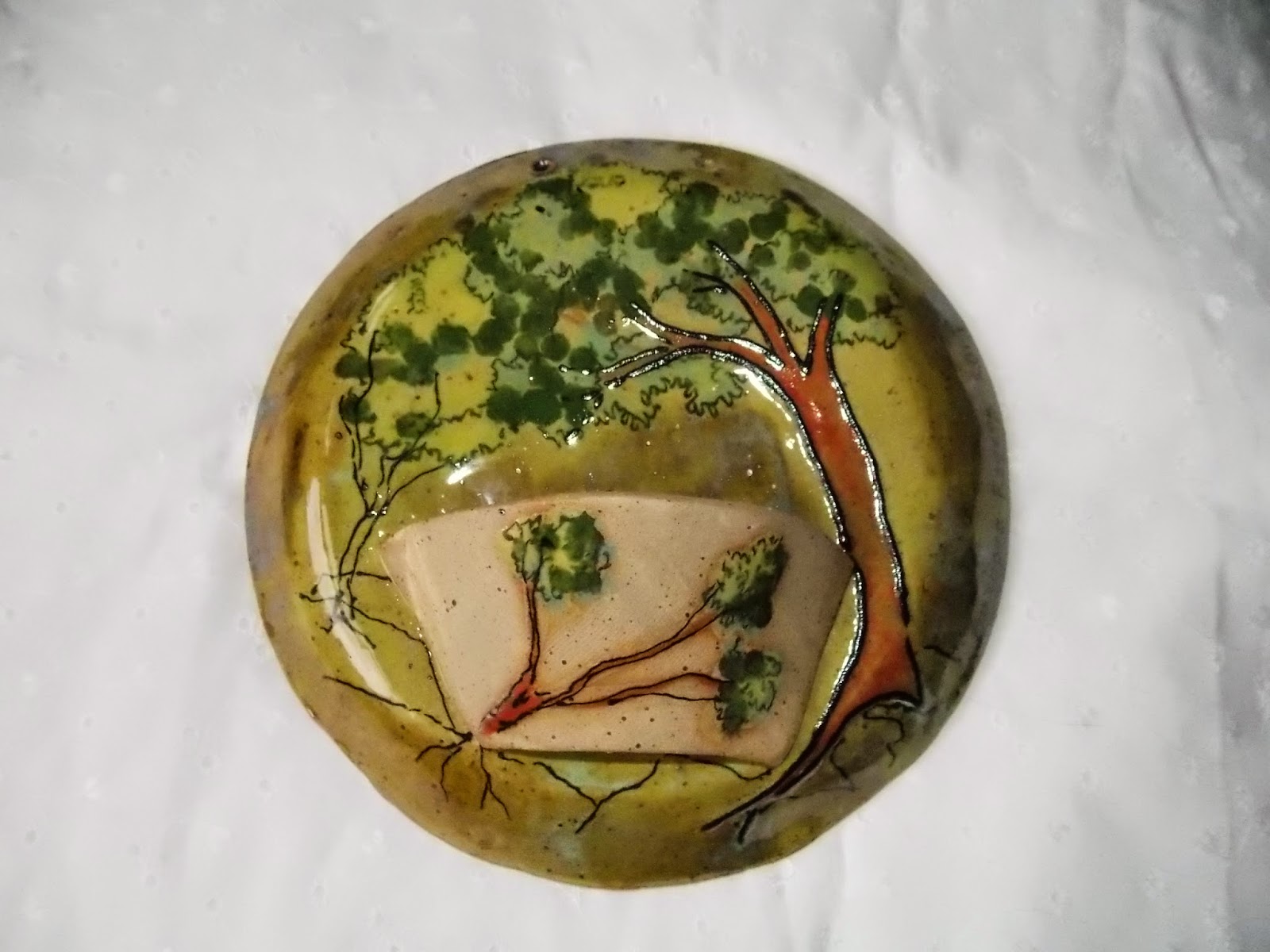 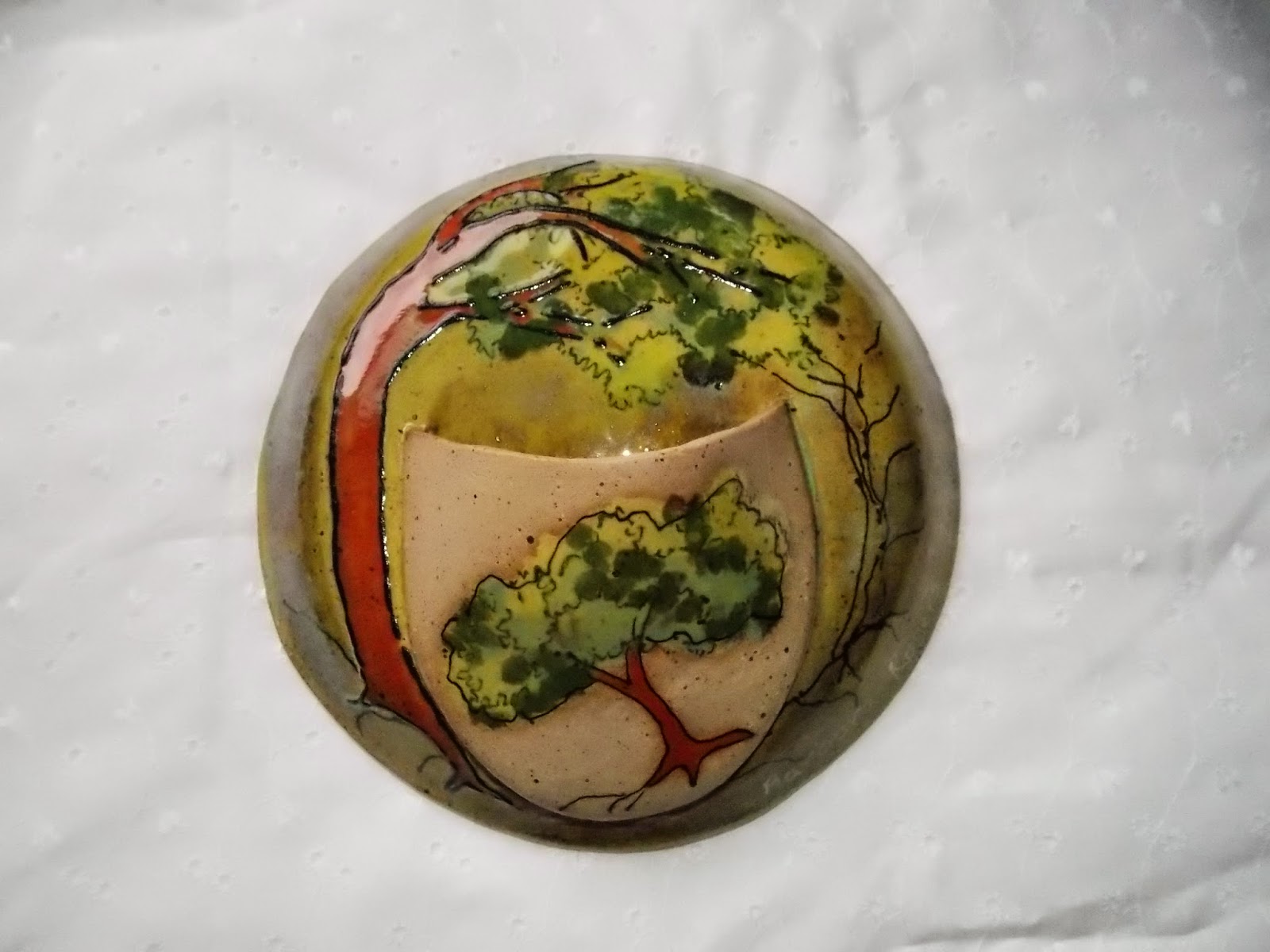 I tried last month to update my blog tabs so newer pottery would appear up at the top of this page (just below the header.)  And yesterday I did a revision of that, posting some newer things again.

Now I'm wanting to have the slide show effect that others have on their sites.  I don't know how to do that however. 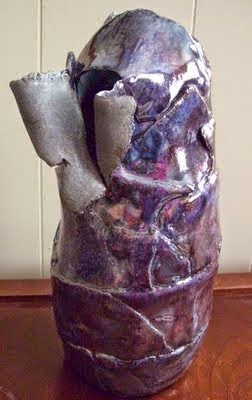 If you know how, and can point me in the right direction, I'd be so happy to learn about it.  I'd like to have about 7-8 slides of my work at the top of the page, and skip the header picture.

Just saying...if I could wish for a change, maybe I can make it happen.

I do have power point, never used it, but perhaps that's the way folks make slide shows...???
Posted by Barbara Rogers at 1:00 AM 2 comments:

The booths at the Tailgate Market that have lines before we open are usually the fresh produce booths.  And the fresh baked goods. 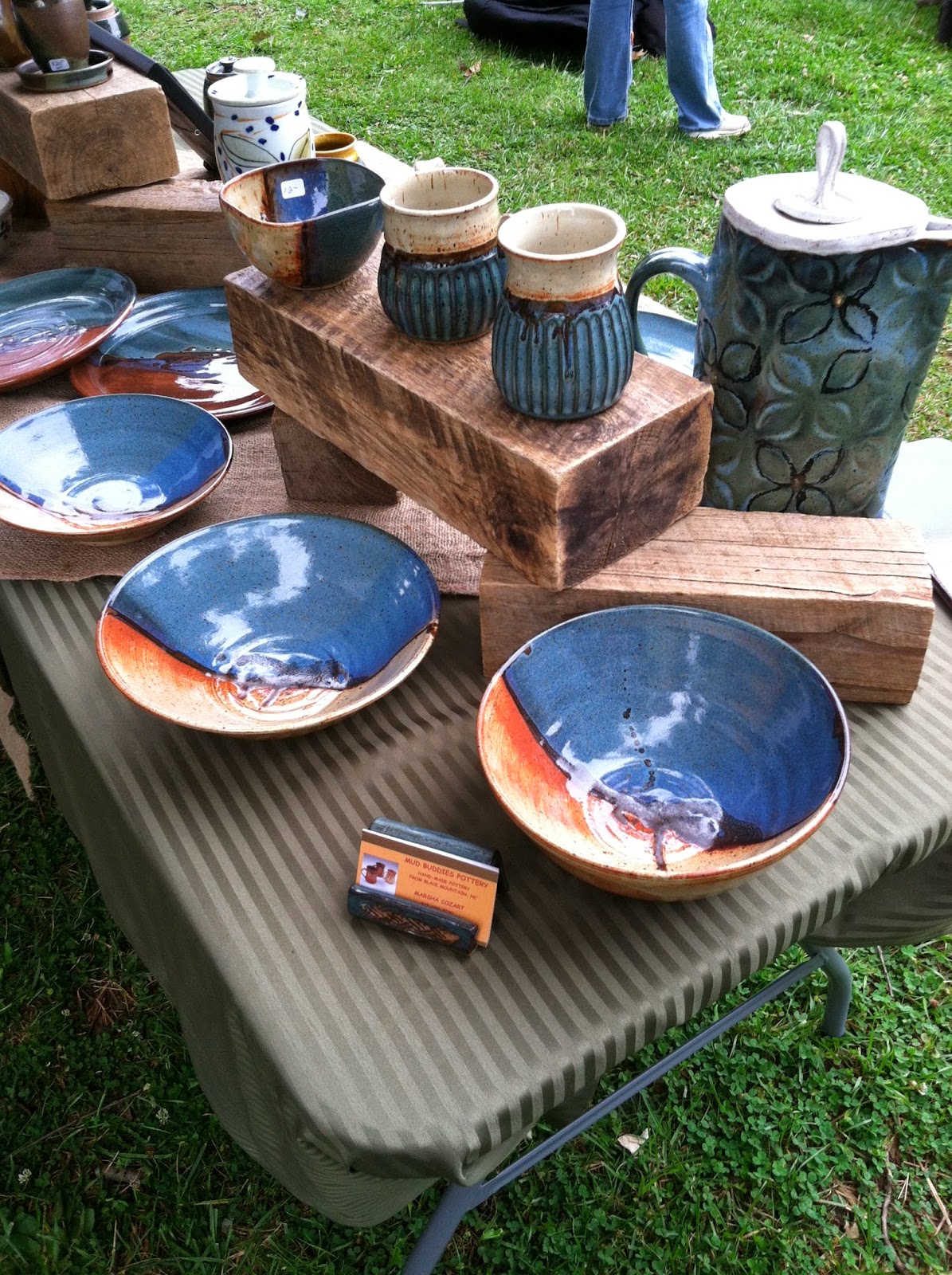 There was an inordinate amount of people in Black Mountain yesterday, for an overcast cool day...and everyone dropped by the Tailgate Market.  Amazing.


Our Mud Buddies did well. 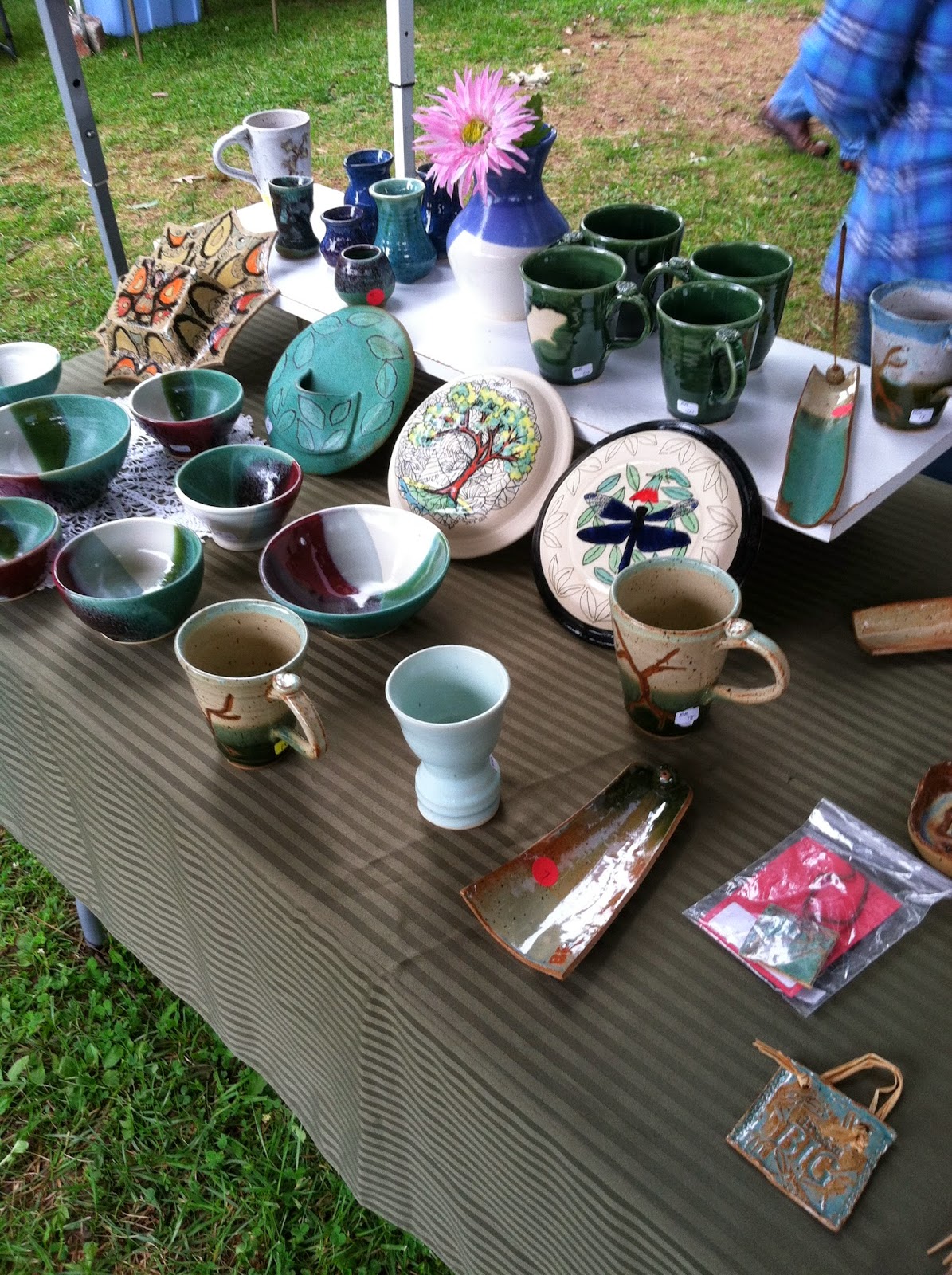 Marsha's grandchildren had their annual lemonade booth, with a canopy in case of rain.  But Marsha said "It's not going to rain."  Just like that.  Like the sky is grey...she knew.  We all believed her.  And she was right.  I'm listening to her more often! 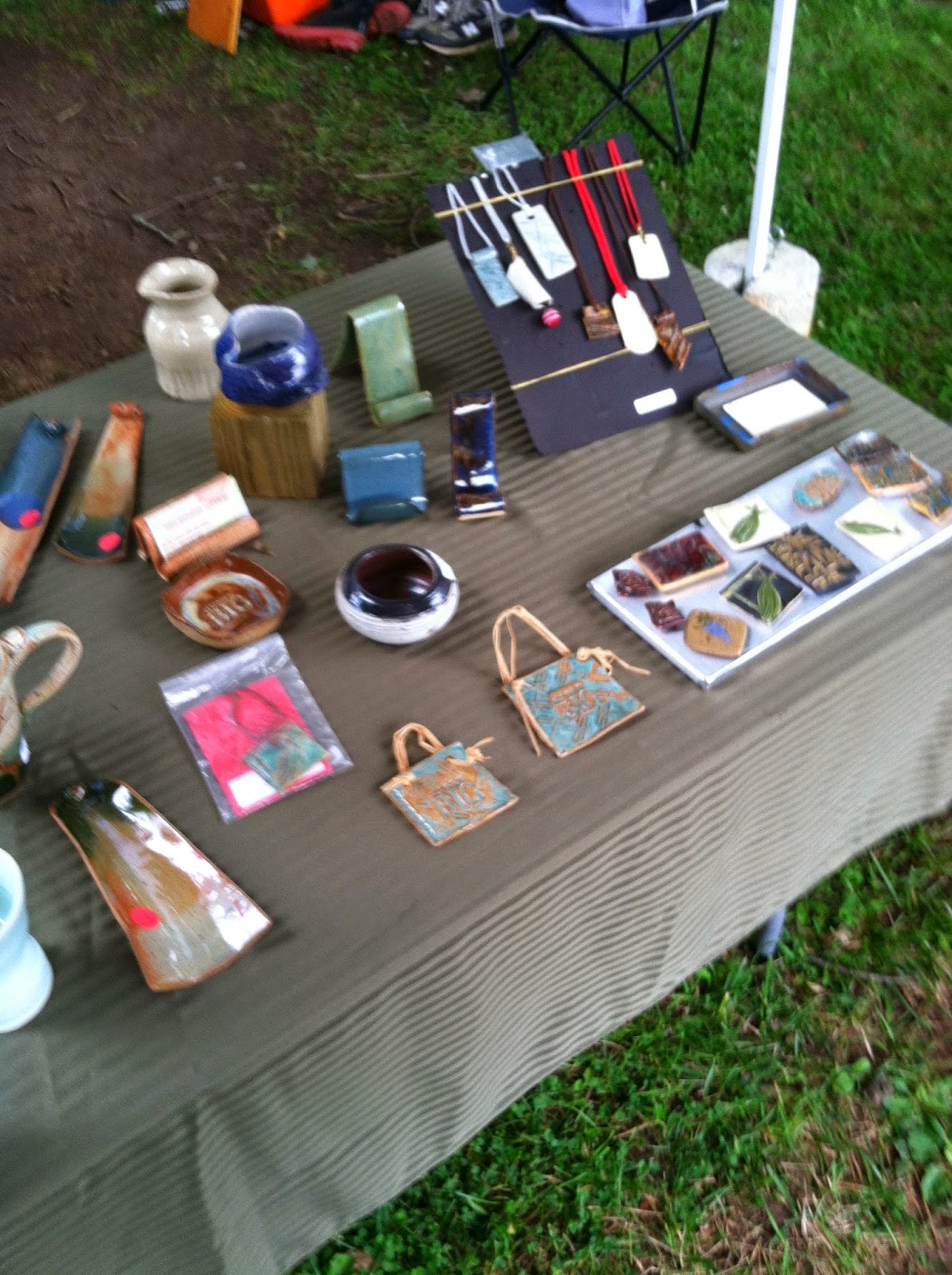 But because it was cool, less lemonade sold than if it had been typical August weather.  However, it was better than last year when it rained on the kids booth. We also were blessed to have a bee demonstration, complete with hive within a glass case, and extractor, and the bee suits that kids got to try on. 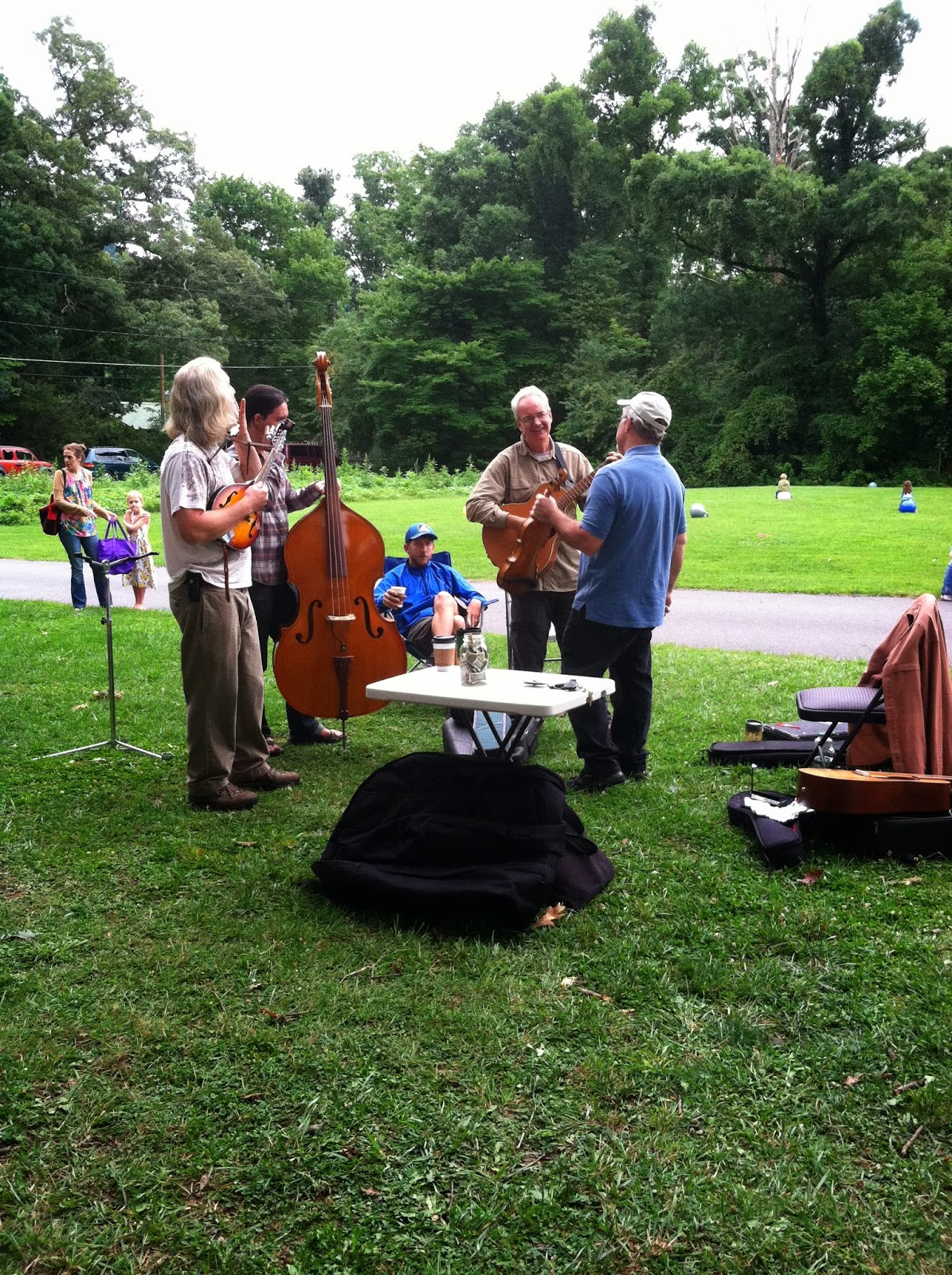 And did I mention live music right next to our booth!  We were serenaded by one of my favorite acoustic groups (and I can't think of their name right now.)  No mikes so we were still able to hear all the customers questions. 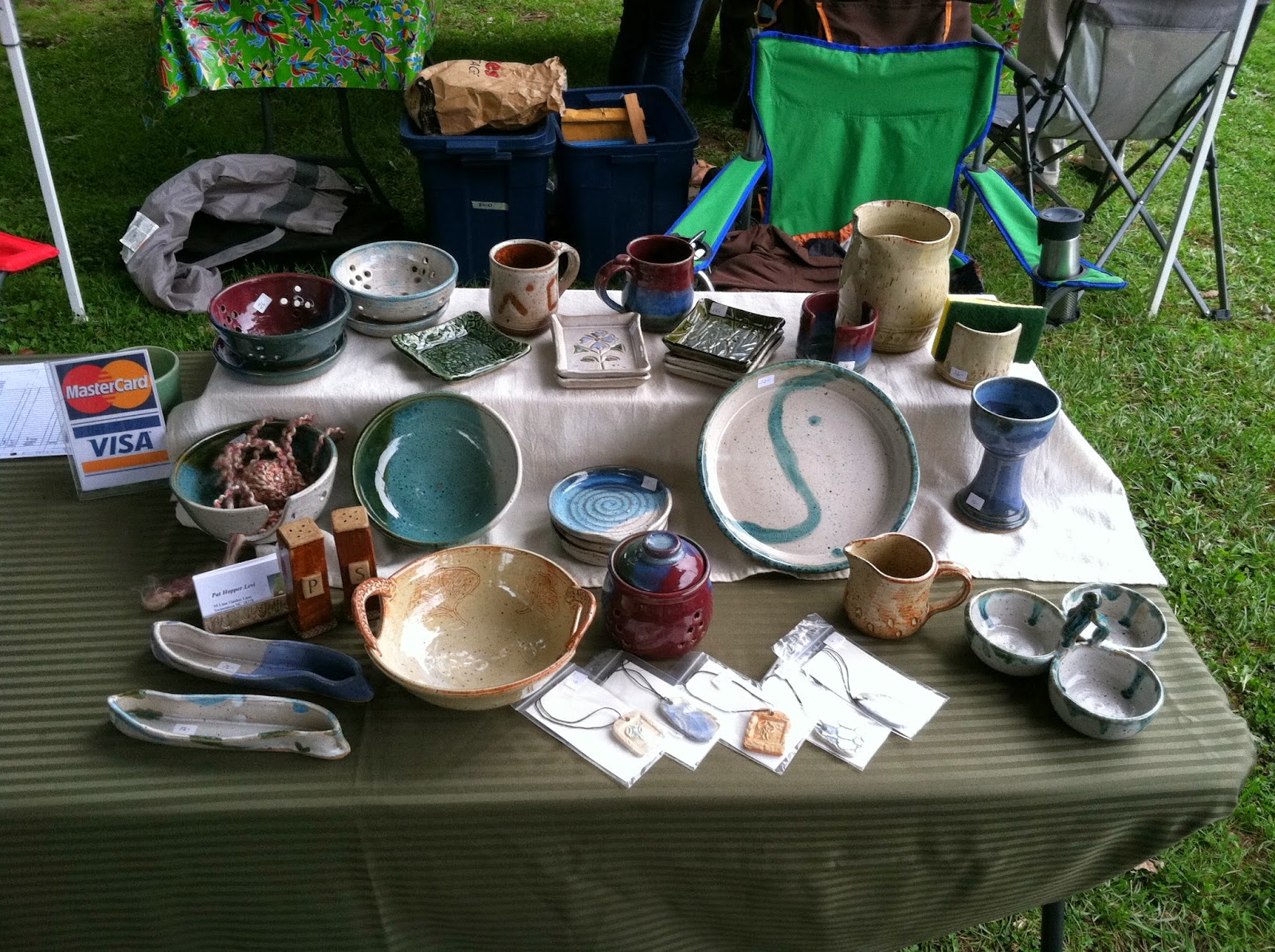 Of course one person always says "is this lead free?"  Yes, everything is food safe and dishwasher safe. (Except the decorative raku wares, of course.) 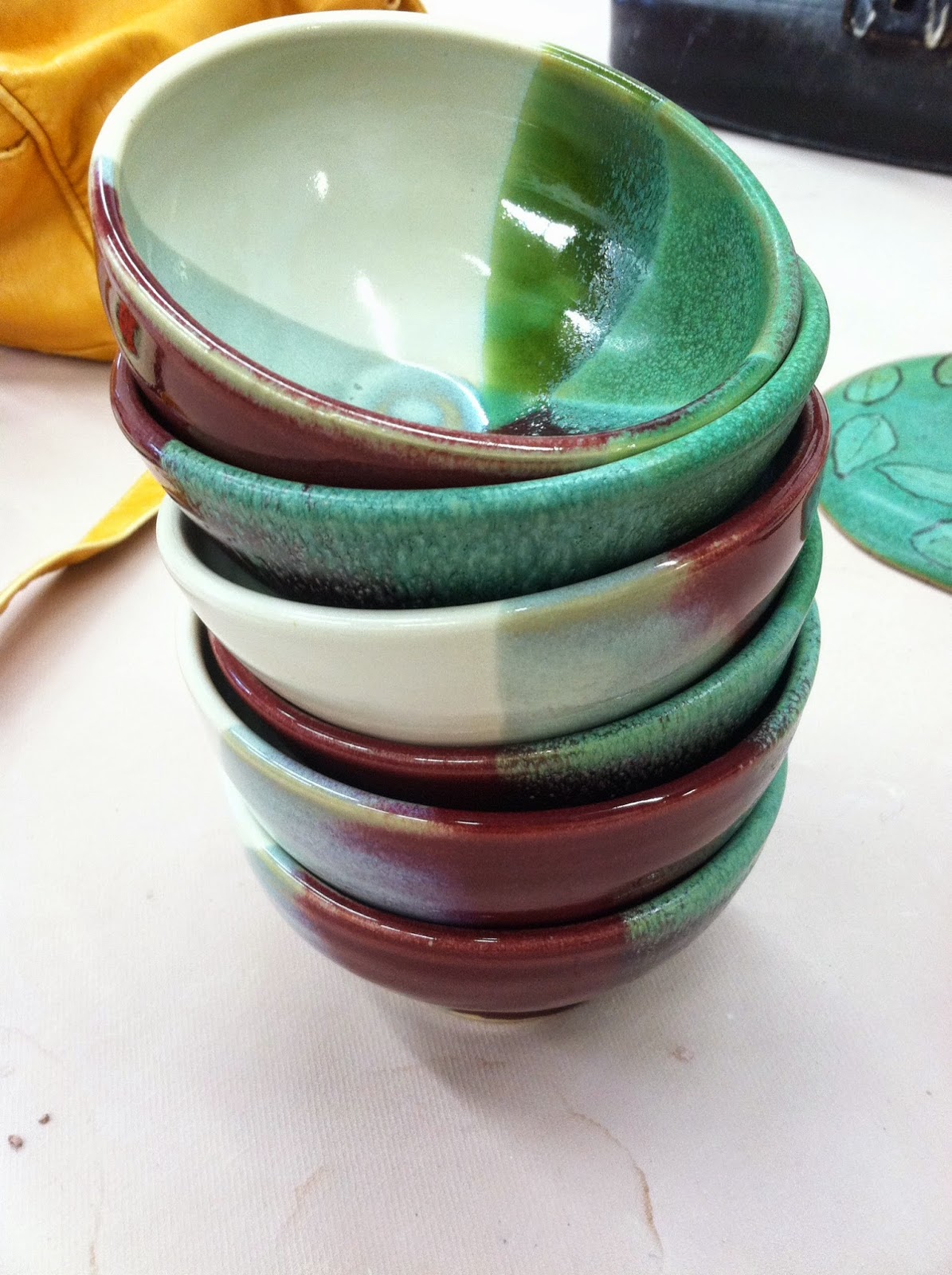 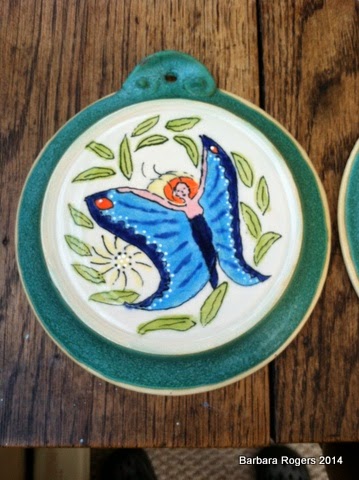 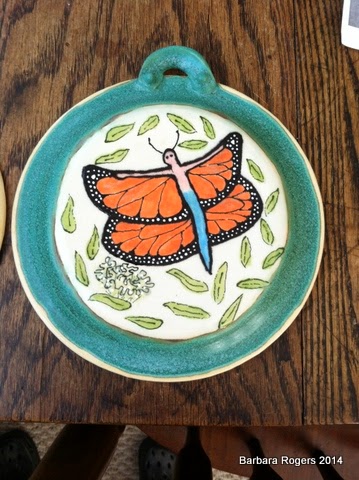 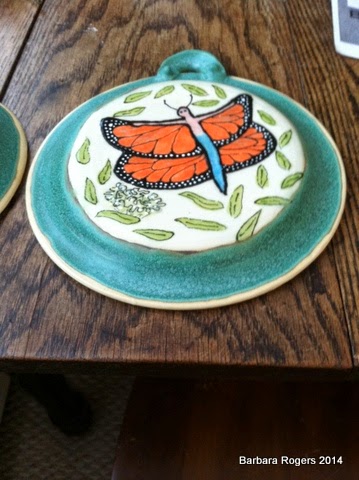 There's basically a plate design turned back to the wall, making a pillow type shape.

Some of these I add a little pocket in the front, where the decorative person might add something hanging out...ivy? grass? twigs? flowers?
Posted by Barbara Rogers at 1:00 AM 2 comments: