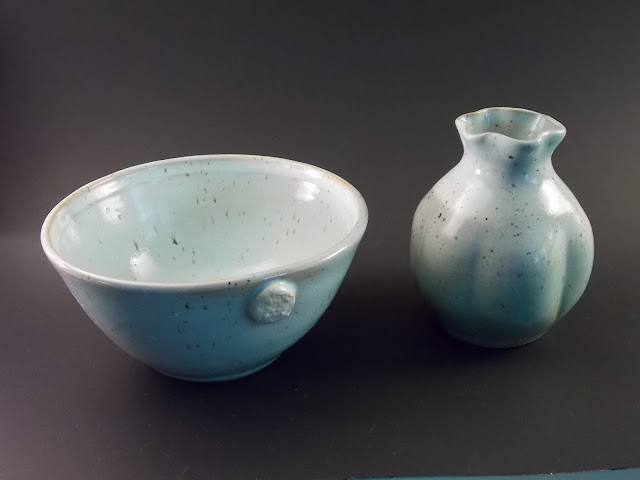 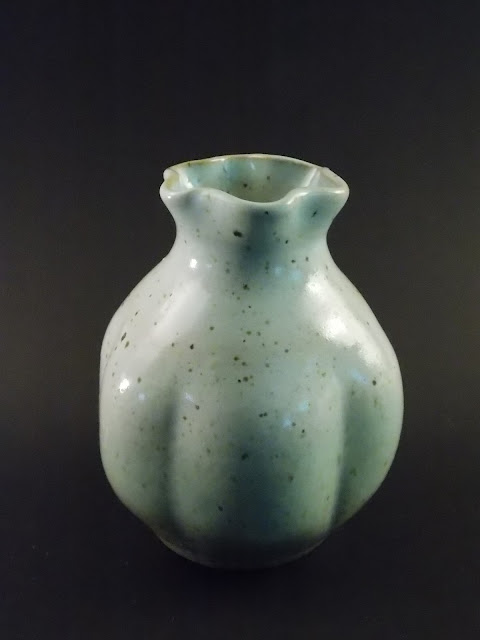 The best way to predict the future is to invent it.  Alan Kay

Finally one that is right 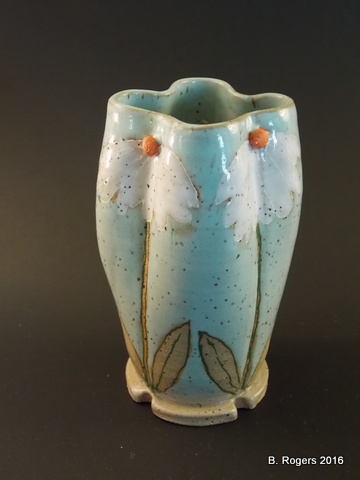 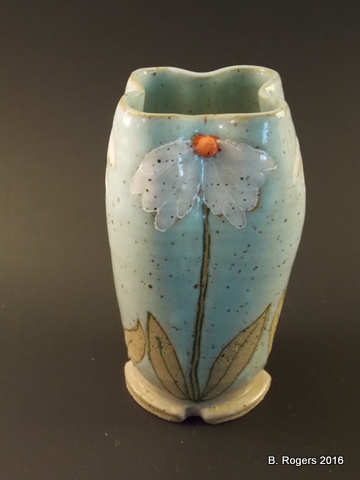 The Shasta Daisies look a bit pale since the turquoise glaze isn't as dark as another glaze would have been.
But I like the overall design.  What do you think?

People are like stained glass windows: They sparkle and shine when the sun is out, but when the darkness sets in their true beauty is revealed only if there is a light within.
Elisabeth Kübler-Ross

This little vase had lots of problems from the outset.  It was not thrown that well, and was too heavy (thick walls). So I kind of shaved them off, and carved out some heart shapes.  I still thought there was something kind of cute and rustic about it.

Glazed the hearts red, then waxed them, then dipped the whole thing in the vat of Matt Black glaze.

Off to the kiln, and after doing cone 6, I was pretty ok with it. One side is alright. 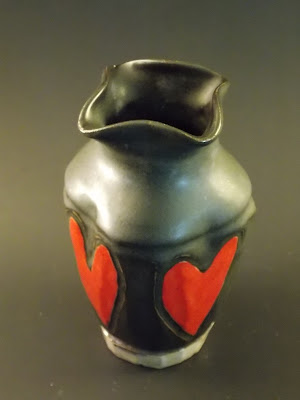 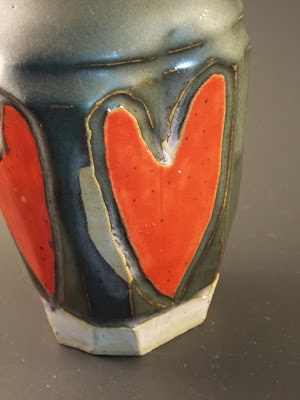 But the other side is missing the black glaze on a long streak.  Either waxed by mistake (which I should have seen when I dipped it and cleared the black off the hearts) or the black dry glaze was scraped off while sitting on the shelf or being loaded.  It's not anything I really have any control over.  But I do like somethings about this...seeing how the carving helps the black glaze break...kind of interesting.


No I no longer get upset when my pottery isn't perfect.  I may strive to do the best I can, but I long ago learned it's out of my hands at a certain point.
Today's quote:

Not so happy about this one

Yesterday I shared some cute vases which just came out of the kiln.  In the very same firing were a couple of "learning opportunities."  There were good things, and not-so-good things in the glazing.

First, I wanted to have a bluebird, which I carefully painted.  But the colors I sellected of Mayco Stroke & Coat came out garish, and not at all the way I intended.  I need to mute them quite a bit.  Blue should be close to the color of yesterday's vases, kind of light sky blue.  And the orange on the breast needs to be just a pale hint of orange, not traffic cone orange.  So those are things to correct on my next one, and there sure will be another one. 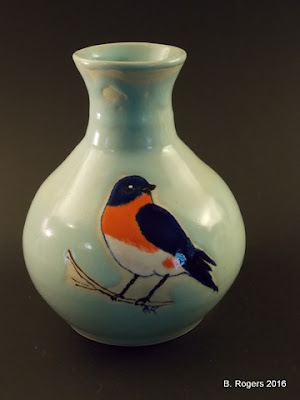 Second, the crawling of the glaze from the lip.  Oh my.  I had just finished this before the firing, but it was completely dry, and well covered with glaze.  I even had waited quite a while before dipping the exterior for final time because it was slow to dry.  However, apparently my mistake was either 1) putting glaze on the inside and not waiting until it was completely dry before starting the outside, or 2) the edge was thin and dried faster than the rest of the body, somehow that caused the glaze to crawl away from it. 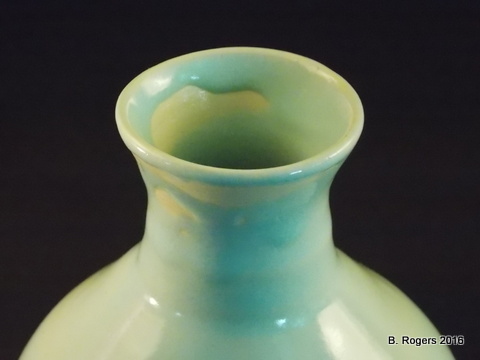 Today's quote: (I've decided how important our words are, and thus am again sharing some thoughts which I believe are worth considering, as well as pottery!)