I'm currently looking at crows, cause a friend is a "crow totem" person.  I made a bird, which ended up looking like a seagull.  Oops.  That will never do.  So tonight I've got some work to do. 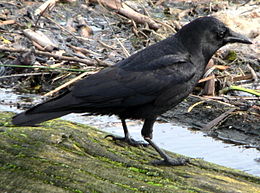 So the shrines and things in the works include a few flowers sitting on leafy stands.  They will be used for the snowflake crystal glaze that I glommed onto from John Britt in Ceramics Monthly.  I tested 9 different versions last week, and only 2 look worth making into dipping glazes.  The tests were poured on the inside of little bowls, and brushed on the outside.  Brushing doesn't work for these glazes, and many of the poured ones didn't either, giving "brain coral" effects.  But two of them are gorgeous drop dead snowflake crystals, cone 6 electric kiln.

The shrines started with the secret room (see my postings of same name).  And then I spent a while doing some vehicles (a camper van and a gypsy Vardo).  But I've also done some interesting shapes with little spaces and nature type images.

I am letting Tracy Bloom do the barns, which she does so well.

And Linda Starr has some great shrines from FL.  I doubt that we'll run into the same market, but mine don't look like hers anyway

So I keep working, and sometimes being too bored to work, and then coming back.  As my Art Biz blog coach says, just go into the studio.  Just do it.
Posted by Barbara Rogers at 6:09 PM 3 comments:

Sacred to one is profane to another

Along with Asheville's wicked ways, has come this controversy about religion bumping into public schools.  As I've discussed this a bit with some friends, I've also run into a new sense that I find somewhat frightening.

It isn't just that there are people in my county who believe anyone who doesn't worship the way they do will have eternal damnation. I have very few friends who are intolerant of other's beliefs.  Most of my friends believe in freedom of religion.  I forgot for a while that those others are running around with their heads in some kind of buckets that keep them from even seeing that other very good people, people who lead exemplary lives, don't believe the same way they do.

Am I now going to look at fundamentalist Christians much the way I look at extremist Muslims?  Bucket-heads.  They don't see the forest for their own myopic trees that have limited viewpoints.

The thing that most bothers me about this is that the rest of us now have to live in fear that anyone we talk with might be a closet (are there any other kind?) KKK member.  Just like they might be Taliban conspirators.

Please!  That is said with a whine of self pity.  I don't want to look at my contacts with my neighbors with fear and mistrust.  And I don't want to limit my own vocalizations that allow tolerance of other's beliefs to be clear and present at all times.  I'm proud to be who I am and have the opportunity to learn about the beliefs of other people.  Apparently that is a rare attitude these days.

I'm hoping this atmosphere of intolerance is a political byproduct of the primary election in nearby South Carolina where the hotbed of fundamentalism is trying to elect a person today that does represent their viewpoints to run for President.  And then maybe we can get back to being respective of other people's religions.  Until then, I have friends who reside here on the belt buckle of the Bible Belt who have stopped speaking their truths in public for fear of death threats.

Yes, a pagan woman received a death threat a couple of days ago for having insisted upon the separation of church and state in our Buncombe County public schools.  Look at the Citizen-Times of Asheville for details.  Or check out what Byron Ballard has to say at The Village Witch blog.

This reeks of pre-Natzism.  I can't believe it is happening right here to people I know.  They are afraid to stand up and share with others that they aren't among a minority (yes I do think the hate-oriented fundamentalists are a small bunch of crazed silly sports fans).  Unfortunately, the more of us, whether Christians, Jews, Atheists or Wiccans...the more that we become silent about this threat, the more we allow an atmosphere of fear.  And that atmosphere will allow the minority of extremist thinking to grow into a delusion that they actually do have the right to impose their wills upon the rest of us.

The Constitution was pretty well written, and has laws written and upheld to protect the great idea that no one religion will have power in the governance of the people.  Now the city, county and state officials are being called upon to enforce these laws.  But the common experience must move out of fear based atmosphere.  We need to remember that Jesus (as well as lots of other wise prophets) preached to love one another, not to scare each other.
Posted by Barbara Rogers at 9:57 AM 3 comments: 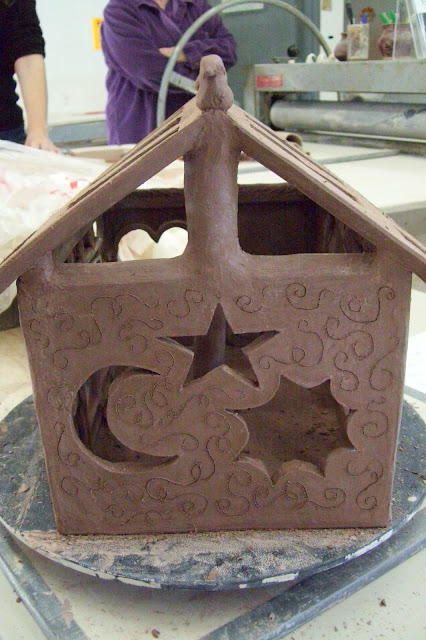 A few more views of the Secret Room. 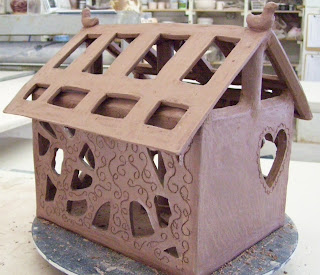 Here's the back wall, somewhat abstract and decorative outside, but inside... 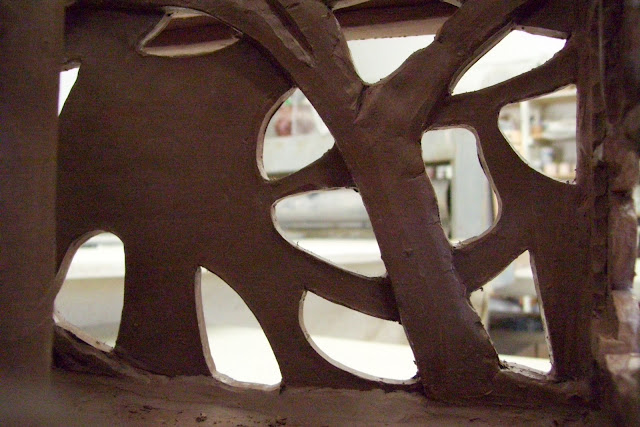 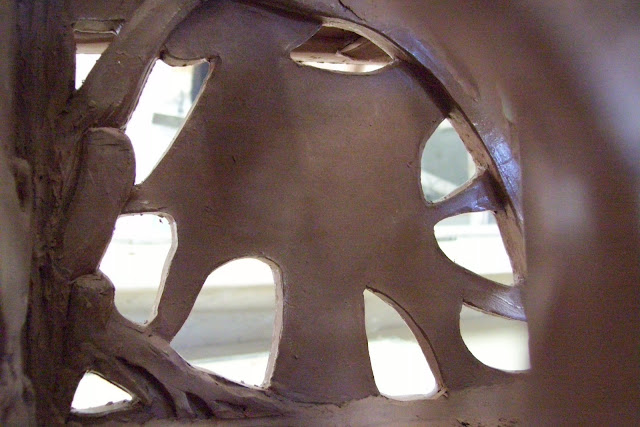 a couple of trunks of trees and branch-like shapes that have the light coming through them...

I think it will be dry enough to bisque next week.  Fingers crossed that the roof doesn't cave in!!  Sort of like trial by fire.
Posted by Barbara Rogers at 5:37 PM 1 comment: 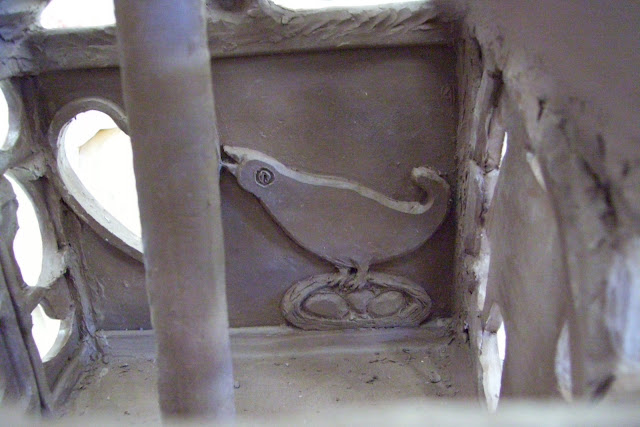 A work in progress, which has more steps to completion.  But I wanted to share the ideas a bit.  So here's the bird on nest of three eggs, as part of my secret room sanctuary.  For me it means the same kind of sanctuary that is a refuge from all fears, a safe and secure place.
The many windows were never planned to be the many shapes, that just happened as I went along.  Originally just rectangular windows were going to have different aspects of Goddesses looking out.  Guess that idea will have to be on another secret room.
Posted by Barbara Rogers at 9:35 AM 2 comments: 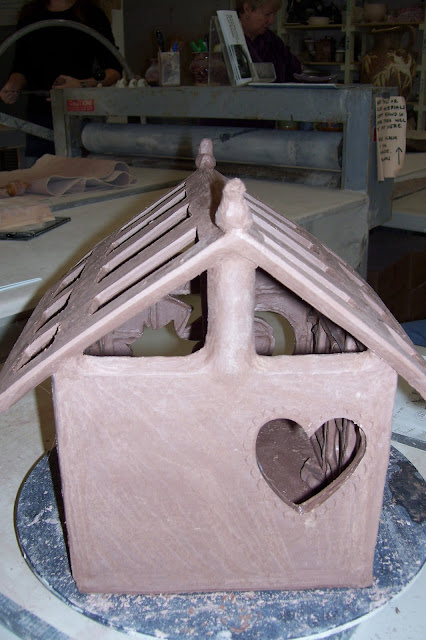 Just one view, as it still has lots of drying to do.

I just played with the dynamic view version of the blogger template.  Doesn't work for my needs.  Enjoy it if you try it, you bloggers out there.
Posted by Barbara Rogers at 4:48 PM No comments:

What do you think of this quote?

It reminds me how hyper-defensive I am from having grown up with a critical parent, who of course made me feel lots of shame; thus I become defensive very easily when I'm not aware of it.

I think self criticism is probably the only kind I can ever hear these days.  However, I also know the minute someone is less than honest in giving positive feedback.

Appreciation must be genuine to be of any value.  If you don't like what I'm doing, shut up!

No, I take that back.  I do like your opinions.  If I didn't ever hear anything but my own view point, I'd be terribly (more than I already am) narcissistic.   I just need to hear that you think something from your viewpoint...ie, making an "I statement" rather than, "you did a bad job of that."  You know what I mean.
Posted by Barbara Rogers at 3:30 AM No comments:

I just changed the header photo, to that of my first Cornucopia.  I think I sold it in 2010.  Glad I got a shot of it as I was closing up from that Holly Jolly.

So in case you're missing the one you've been looking at all these months, here's the 2011 version.  It is still in the gallery at Black Mountain Center for the Arts, for a couple more weeks. 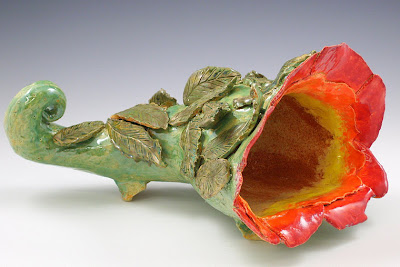 This mask of a fantasy hummingbird was in the student/teacher display last year. 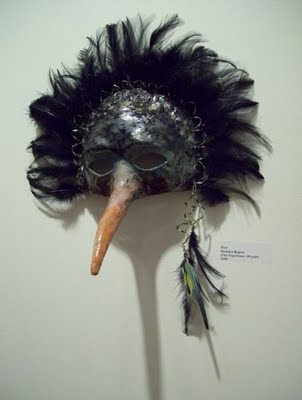 What are my plans for 2012?  In case you haven't noticed, I'm trying to be less anal, less controlling, and let the goddess/fates/winds take me wherever my next footstep may lead.  I do have a sketchbook out again, and am making lots of notes, things that I might explore soon.
If I were still compulsive I might jump on the idea that struck me today when looking at an article in Ceramics Monthly.  Someone said he was making a mug a day for 30 days.  I thought, I could do a goddess a day for 30 days.
I could.  But will I?  Only as long as it's spontaneous!  HA!
Posted by Barbara Rogers at 5:14 PM No comments: 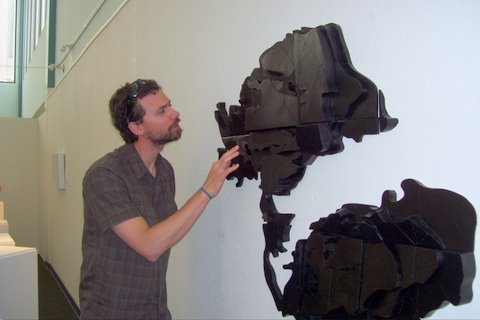 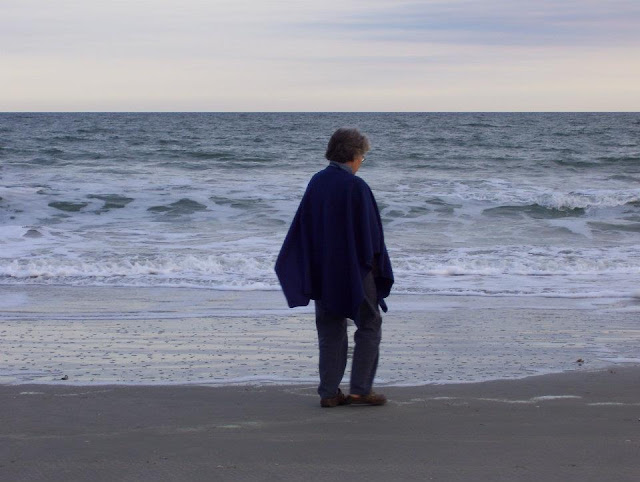 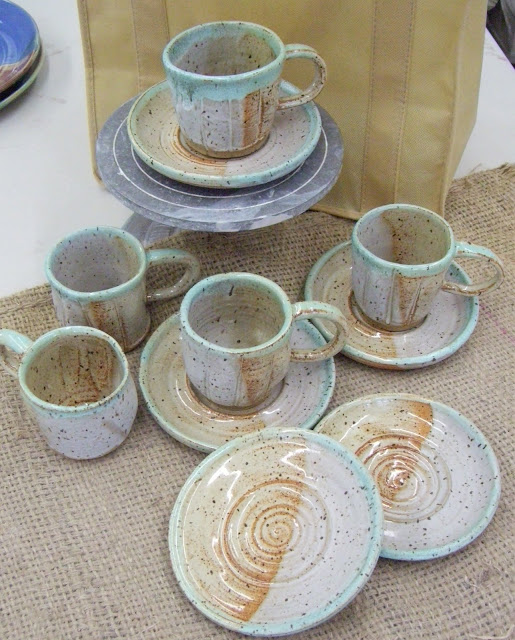 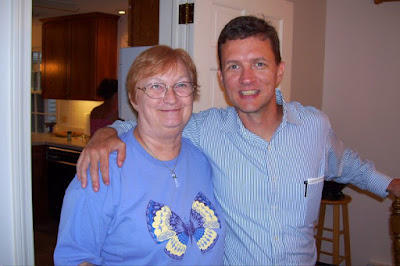 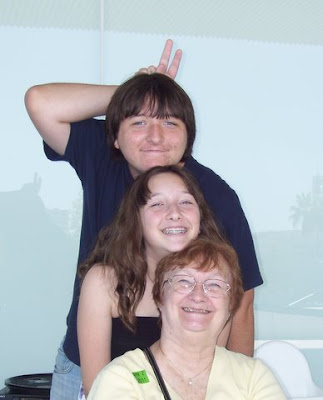 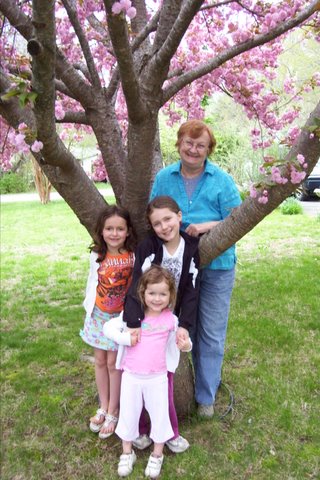 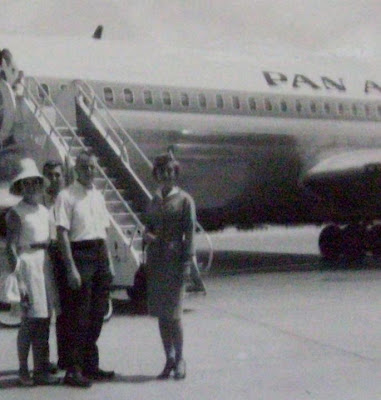 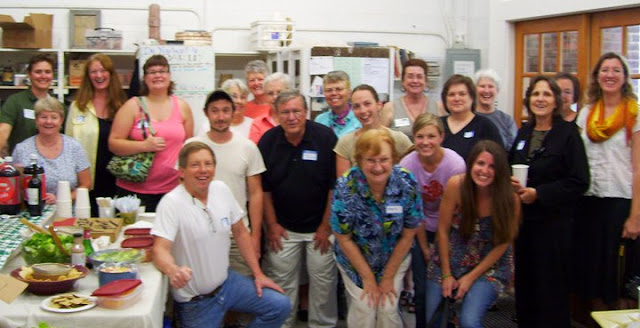 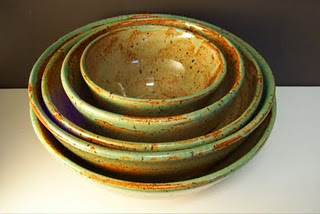 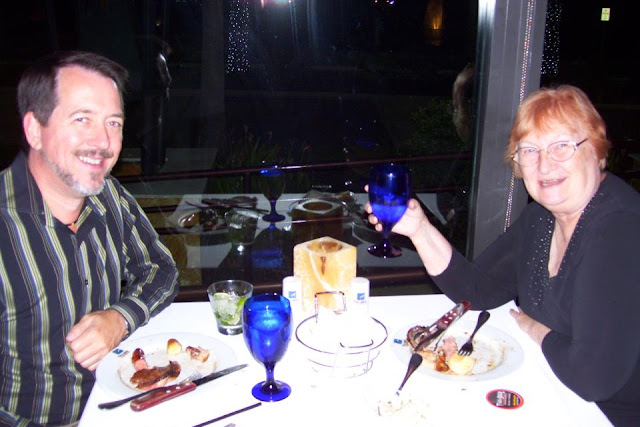 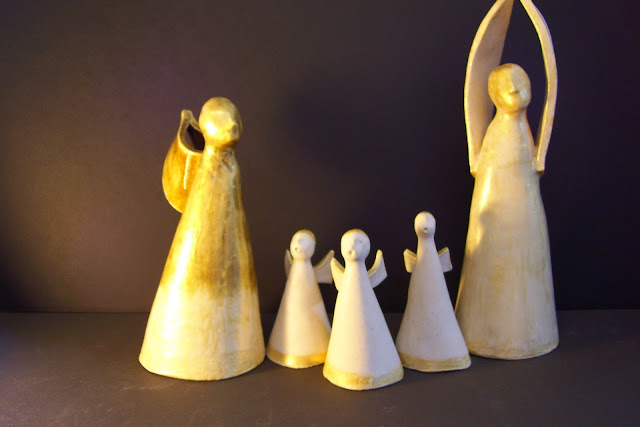