Meet me in St. Louie, Louie

My contribution to Sepia Saturday this week.

Growing up in St. Louis MO. I remember the streetcars. Yes it's a day for memories, but some of these photos (not mine) are of days well before my life!) 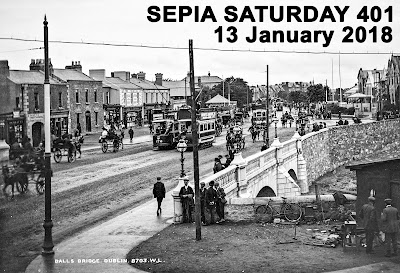 Here's a  video about St. Louis streetcars!  From KETC,  Living St. Louis Producer Jim Kirchherr collects stories and old movies of the streetcars that were used in St. Louis during the Great Depression. Passengers share their own memories of riding around the city in streetcars for a mere seven cents.

I never saw those double decker busses that are in the video, while I lived there, probably after the time they were popular.  My years riding the steetcars were 1950-1960. 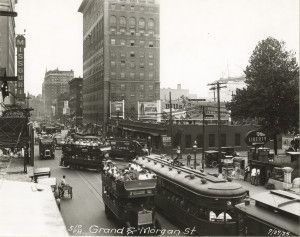 We (Mom, sister and myself) would get on a streetcar near our first apartment in St,. Louis on a Saturday morning, then go downtown and spend the day shopping.  What a grand thing department stores were in those days (the 50s).  Each floor would have a separate department...and there were no escalators that I remember, just lovely elevators with someone driving them who wore white gloves.

The elevator rides may have been a result of my sister having sat down on her first escalator (maybe 2 or 3 years old) and catching her undies in the teeth at the bottom of the machine.  She let out quite a howl! 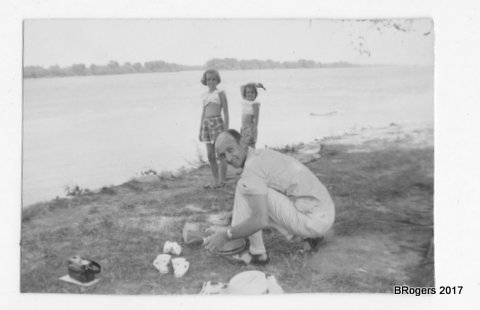 Here we Texans were, transplanted to Missouri, so we went on a picnic by the banks of one of the rivers...probably the Mississippi.  This was when my sister was about 4, and there I am behind my father when I may have been 8.

Posted by Barbara Rogers at 8:11 AM