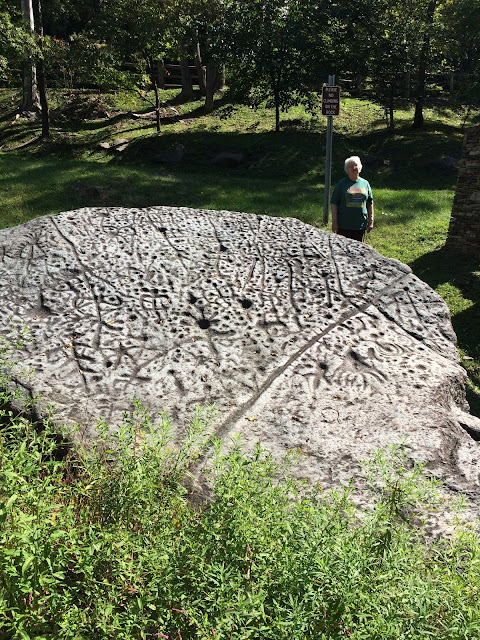 I've heard of "newspaper rocks" and viewed some out west.  And some in the southeast.  Here's Judaculla Rock, right in my backyard, so to speak.  It's near Cullowee, NC, a little over an hour from my home in Black Mountain. 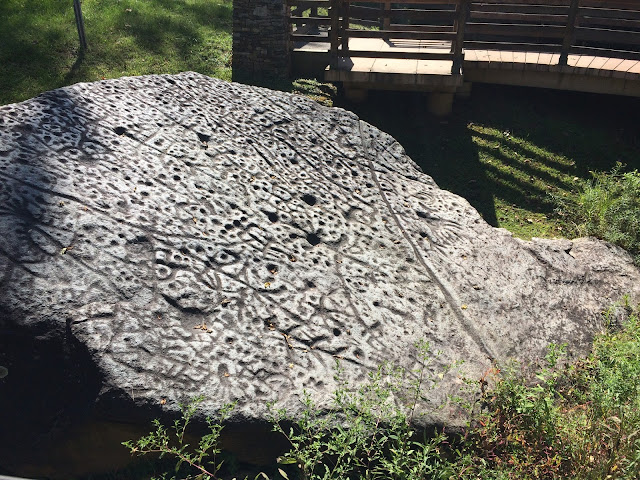 First view...it's huge, with a nice interpretive walkway around it...no not a translation, but some of its history! 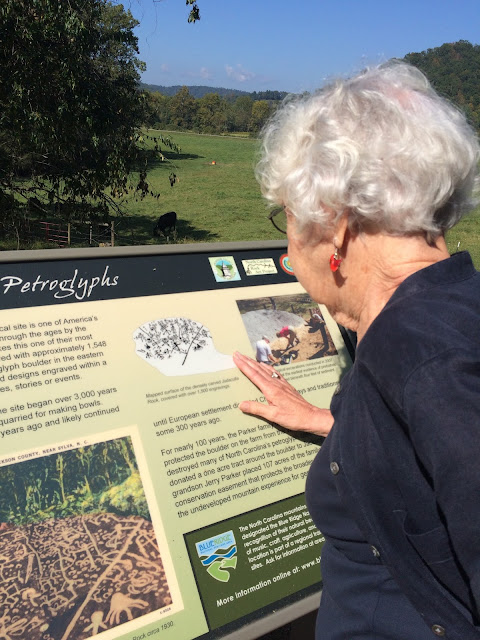 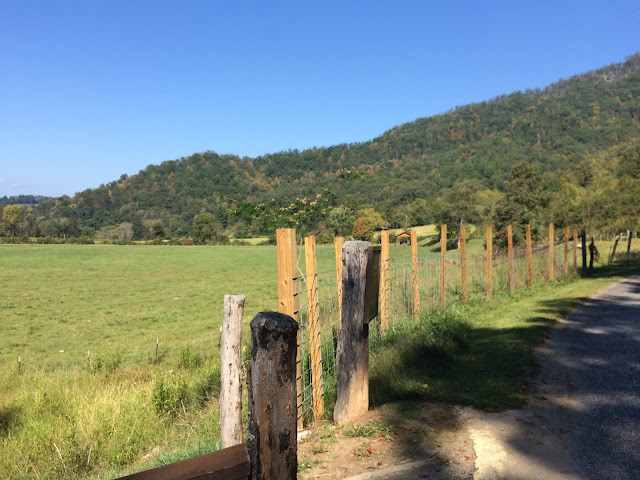 It's location is at the head of a cove, with a field of cattle next to it.  It's been protected by one family, the Parkers, who have owned and farmed the valley for generations. 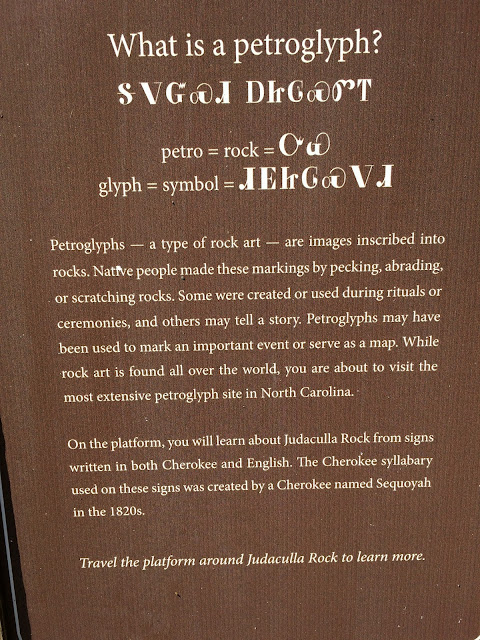 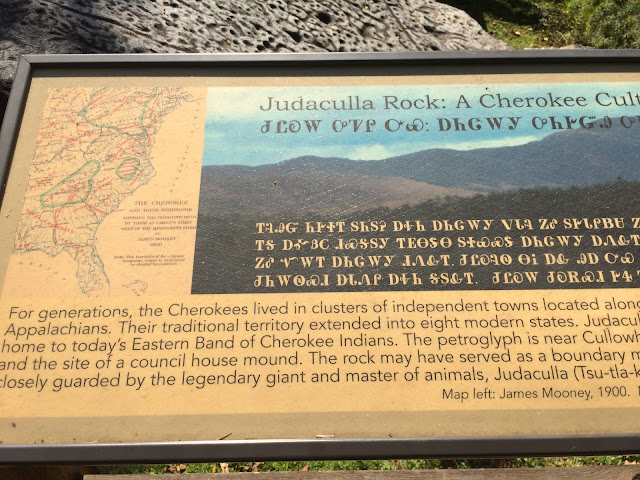 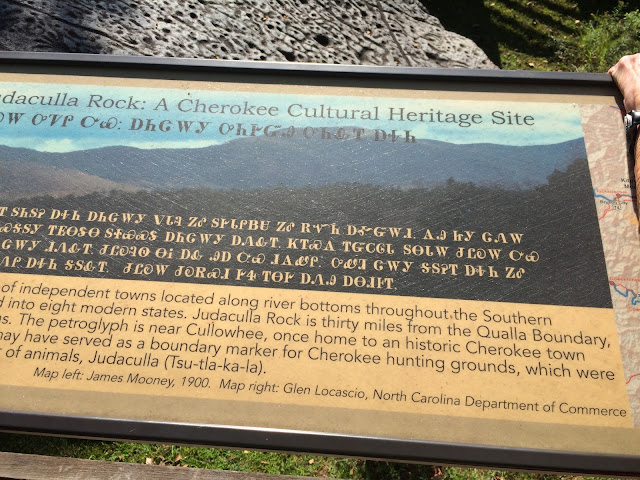 These nice interpretive plaques are arranged around the raised walkway overlooking the rock.  Seeing the Cherokee Syllabary, I remembered reading about Sequoia, who devised it so that their language could be written. Then I tried to remember New Echota, GA, where many Cherokee were housed before the "trail of tears," the genocidal removal of Native Americans to the west by white men. 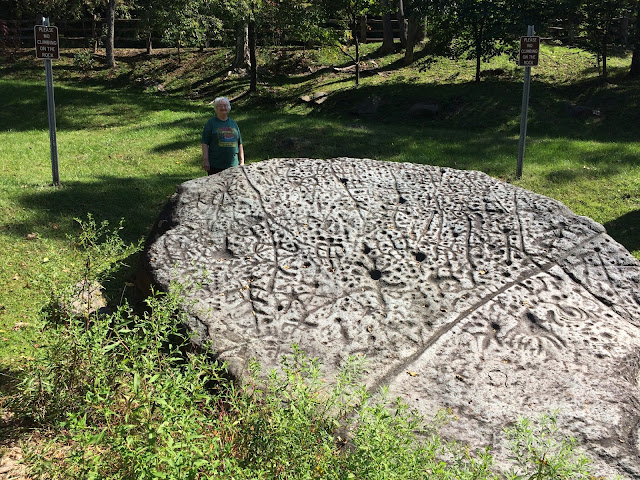 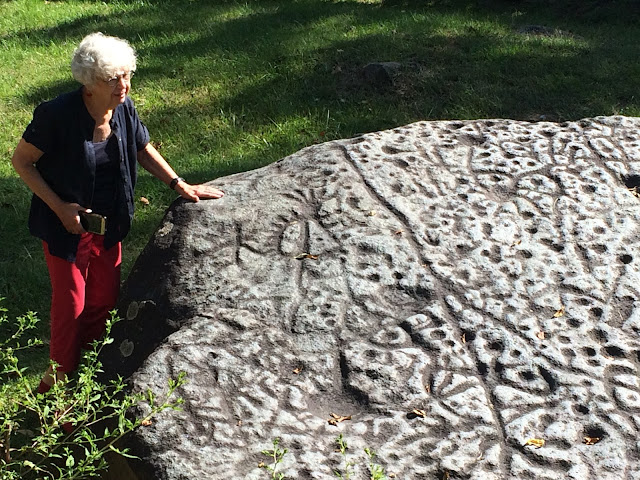 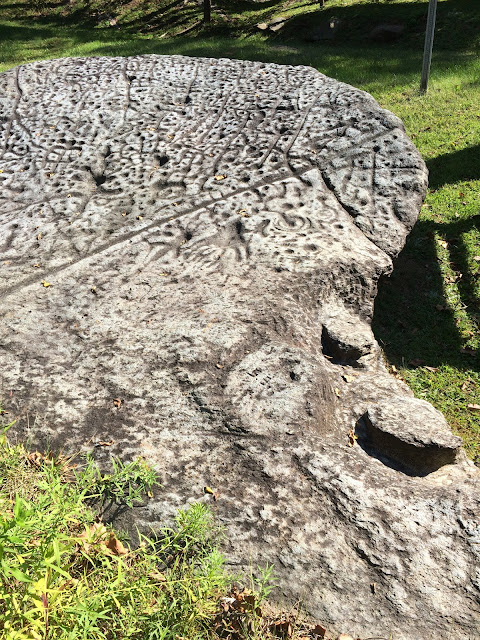 The information given says the rock was used to form bowls as these three lumps show the beginning of carving away the basic shapes...about 3000 years ago.  The other marks are unknown but believed to have been carved 1500 years ago.

As we looked at the symbols, and discussed what we saw (our own sense of meaning of course, like how art therapy looks at intuitive meanings of symbols) we made discoveries that changed.  One part seemed to be a footprint, but later we thought it looked more like a man and woman.  I think these signs may well have deeper meaning.  We didn't stand and ponder for long however, but I am glad to have brought home some good photos which I can now look at for more intense study.

Anyone who has studied Karl Jung and archetypal meanings of symbols would really enjoy these carvings.  And any archeologist would enjoy thinking of the people, the culture that was supportive of the forming of this enduring collection.  Myself, I am thrilled to finally see it.  Now to find the Cat Museum in Sylva...
Posted by Barbara Rogers at 1:00 AM