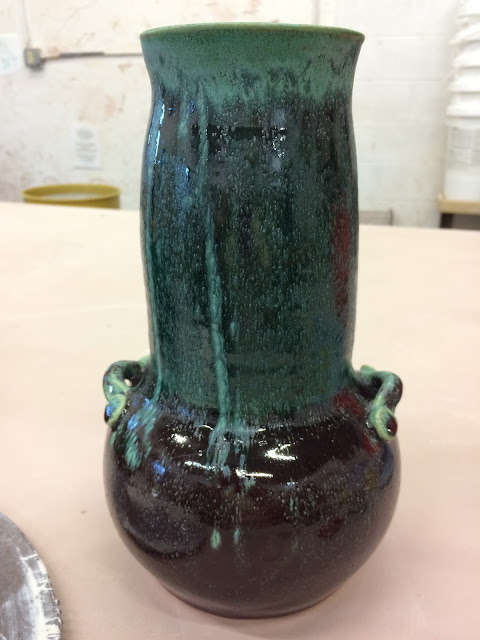 I integrated two thrown pieces into one vase...shown below as it waited to be bisque fired. 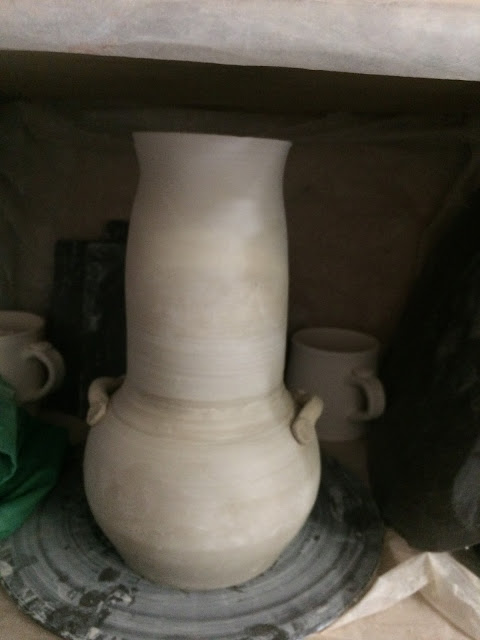 Glaze choice, again let's do integrating two glazes...inside and out a coat of Matt Bronze Green... 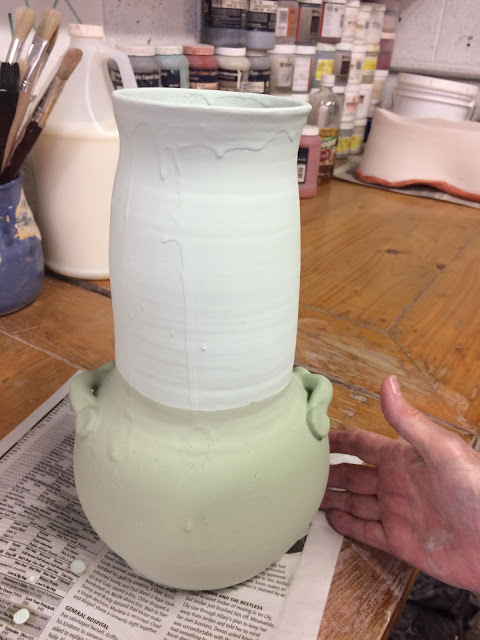 Then dip the lower half in Raspberry (looks green but won't be when fired!)...which should form some mottled coloration, perhaps some blacks.

Then I dipped the upper half in Plum, which goes blue/green, a shiny glaze. Plum is the same base glaze as raspberry with some cobalt. And sometimes some nice drippy effects.  I had waited till the first 2 glazing dips were almost dry, certainly enough to pick the vase up in those areas. 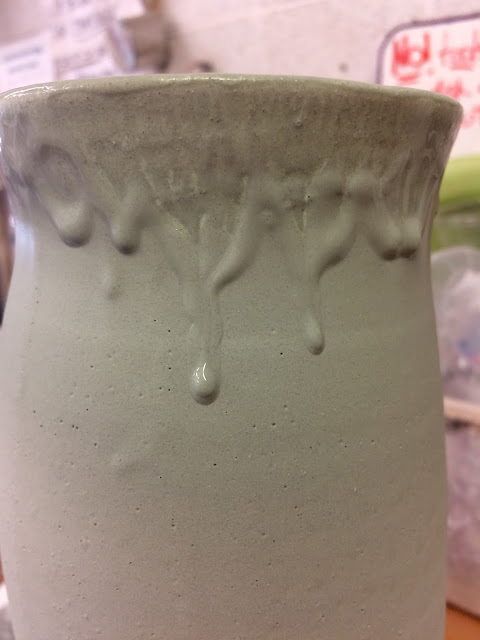 Then this started to happen after dipping into the plum where it was on the rim.  Oh oh, because some went inside, there were 2 coats of wet glaze over the dry one.  I got out a heat gun and hopefully dried it enough to keep it on the pot.

Here's the finished piece.  Those drips did some pretty things! 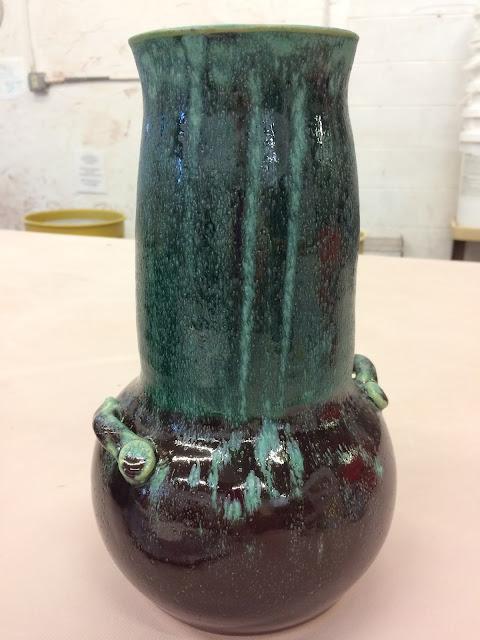 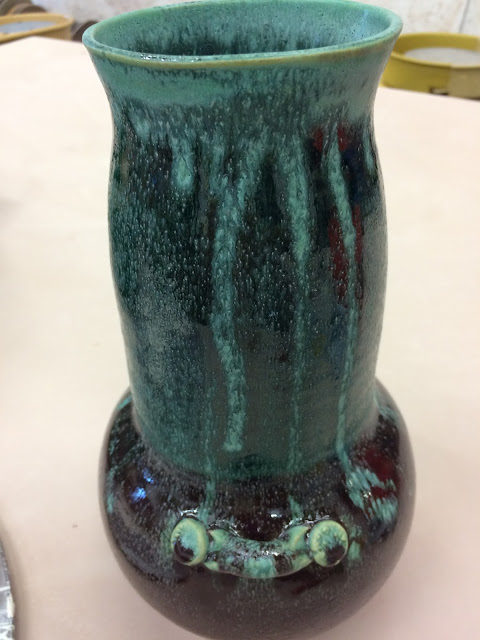 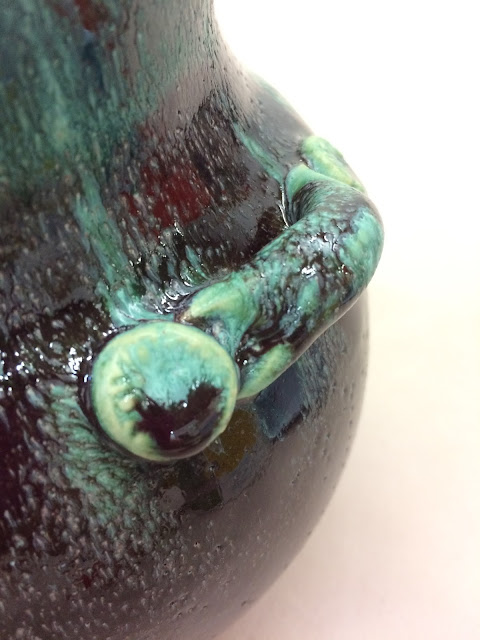 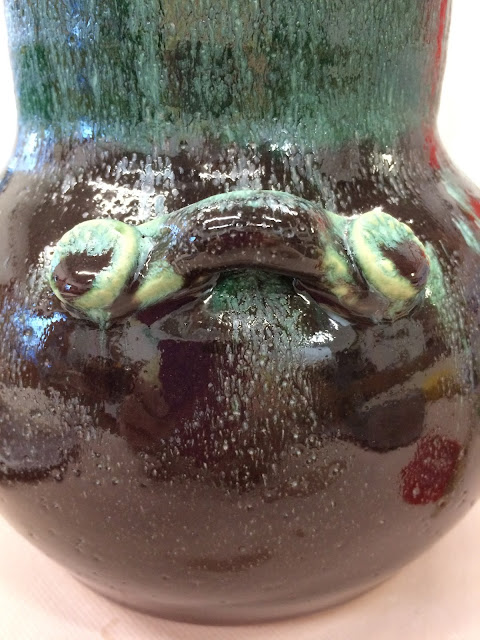 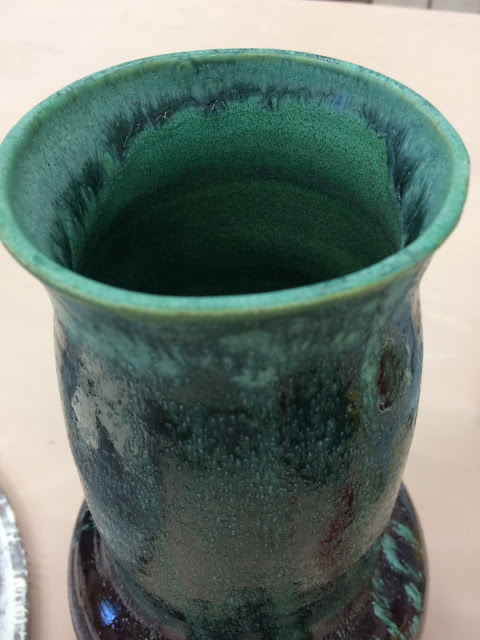 Yes this is a pitted looking glaze, so isn't appropriate for food dishes.  But a vase or decorative object can stand it!

Posted by Barbara Rogers at 3:00 AM