As the week moves along 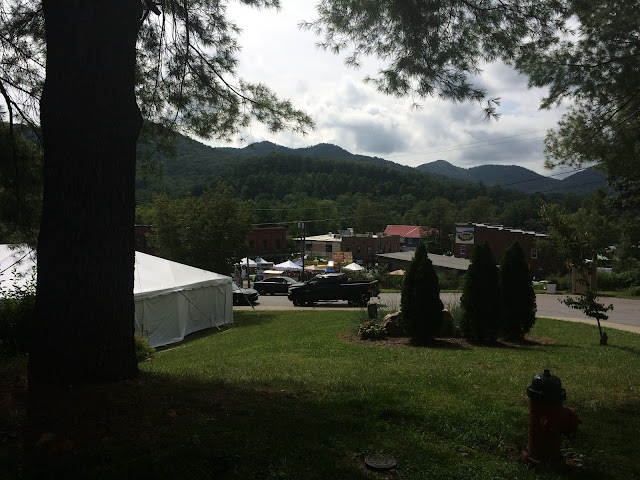 Sourwood Festival...lots of tents, lots of strange and interesting crafts, lots of food and drinks, lots of people, lots of traffic.  These were taken Sunday morning before it really got crowded a week ago! 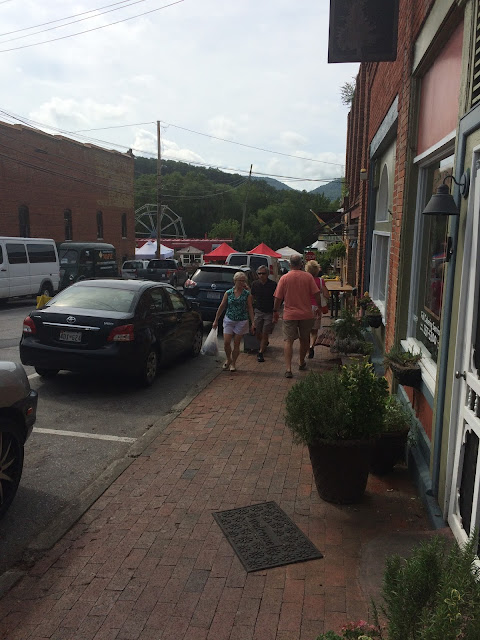 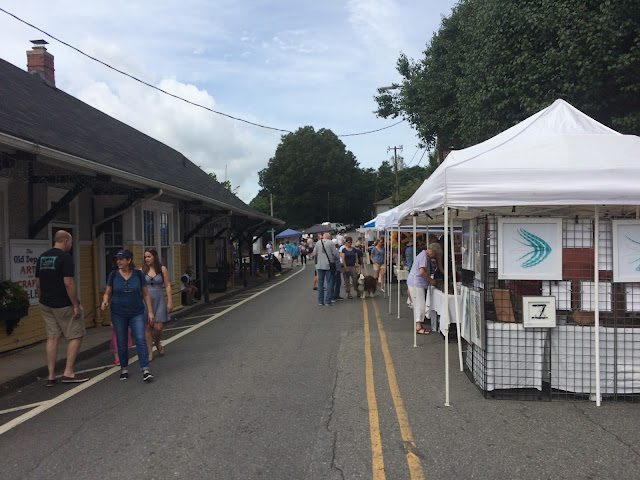 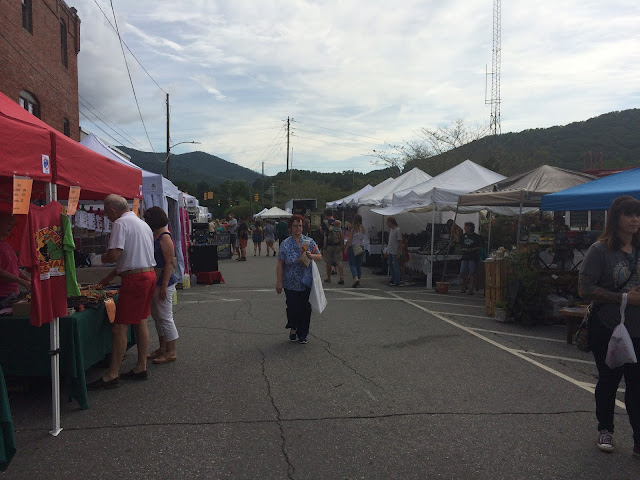 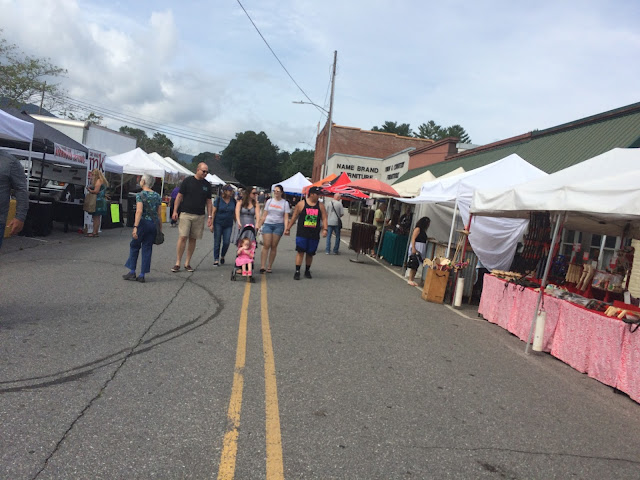 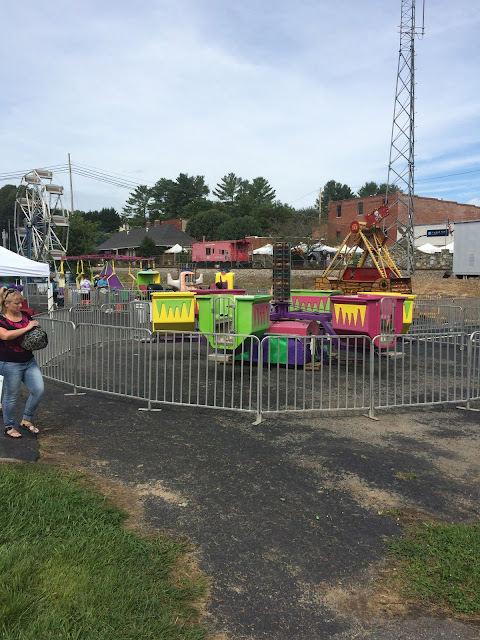 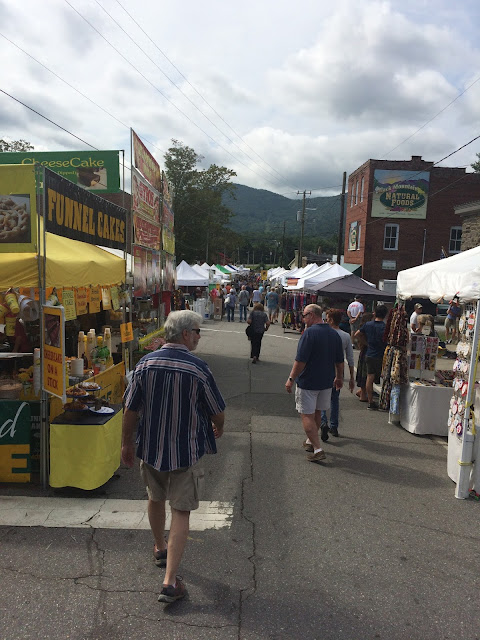 During this week we all were getting ready for an eclipse on Mon Aug 21.  I then will have an inspection  on Tues. of my apartment to make sure I follow all the rules and thus am eligible to live here.  And then on Wed. I turn another year older.  So this is a busy week.
Editors note: Being almost 75, I beg to be a bit forgetful.  The inspection is on Thurs, and my daughter-in-laws birthday is on Tues!

By Thursday when I go in the studio,  I'll be thinking of my daughter-out-of-law who's maybe visiting Cuba with her boyfriend, my son (or maybe they've already returned!)  At any rate, that's another August birthday.

What are you going to/or did you do for the eclipse?

It reminds me that at 5:30 am (when I wrote this on the 13th) I looked up at the sky to see if the Perseid shower was still happening.  We'd had rain off and on the day before, and early mornings in the mountains usually are cloudy.  Yep, that's what I saw.  Nice grey glow.

So I'll be happy if I see the sun at all as well as an eclipse.  I'll try taking some photos if I do.