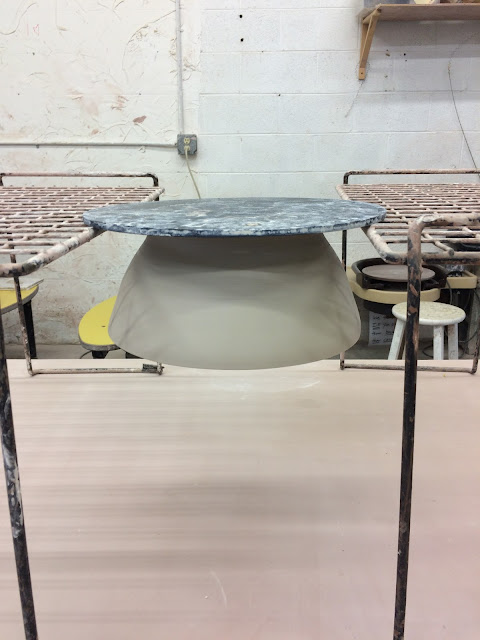 What's that between the two metal shelves? A bowl still attached to a batt, but hanging upside down.
That's because it started to slump while being thrown, after it was almost finished. So in hopes of saving it, topsy turvy it went.  After a few hours, it could again hold it's shape, and was ready to finish the rim, which is one of the last steps while it's on the wheel.

The next day I was planning to trim the bottom, putting a foot on it, and narrowing in where it was a bit thick from throwing at the base.

But the next day a snow storm hit, and it was at least 4 days before I could get back in the studio.  It had dried quite a bit, though covered in plastic.  I actually dunked the top rim into water and let it absorb it for a while.  Then kept sponging a bit of moisture back into the base and sides while trimming.

Now it's been bisque fired! Seems to be holding together still! 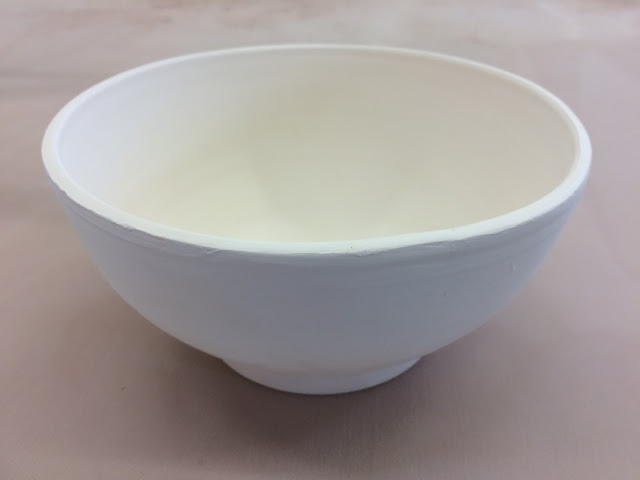 And now to paint a design on it with glaze, then glaze fire it. 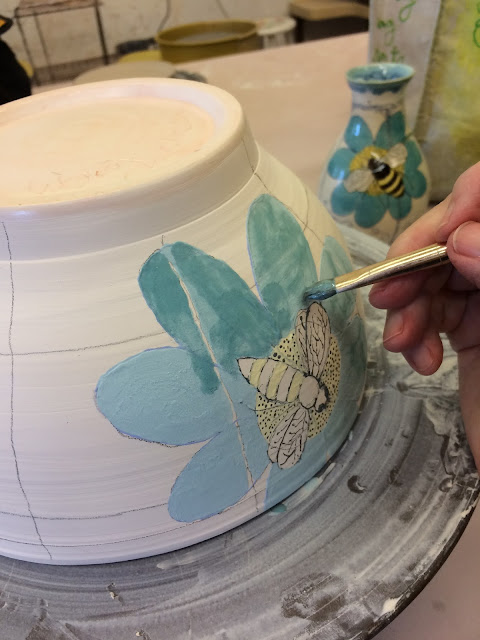 A dear customer is patiently waiting for it!

Off to the studio I go!

Posted by Barbara Rogers at 2:00 AM