All these plates are hand thrown on a potter's wheel. Then they are hand glazed with fine lines and painted with glaze colors, then a clear glaze over the details, before a final firing. They are food safe. If you want to serve food on them. 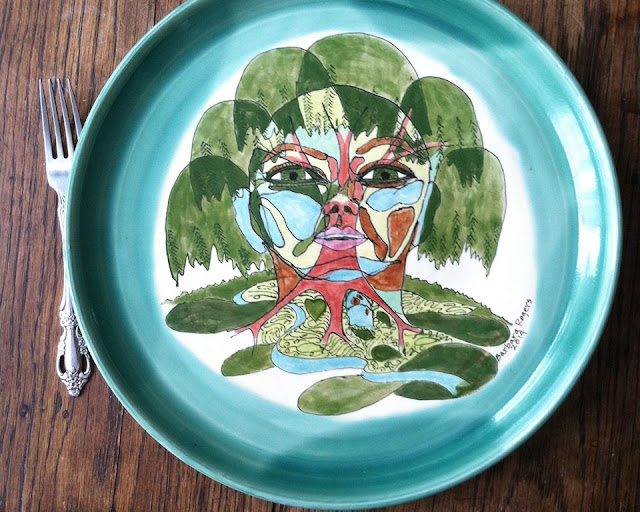 I actually took one as a reject and am eating on it regularly! The design didn't come out as planned. 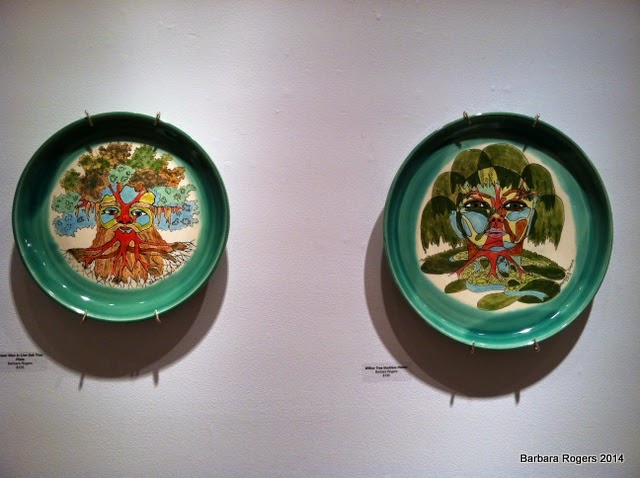 As my hands are more shaky this year, I've not done as much fine-line work, so some of these have been around for a while...but that doesn't matter except on the date by my signature! 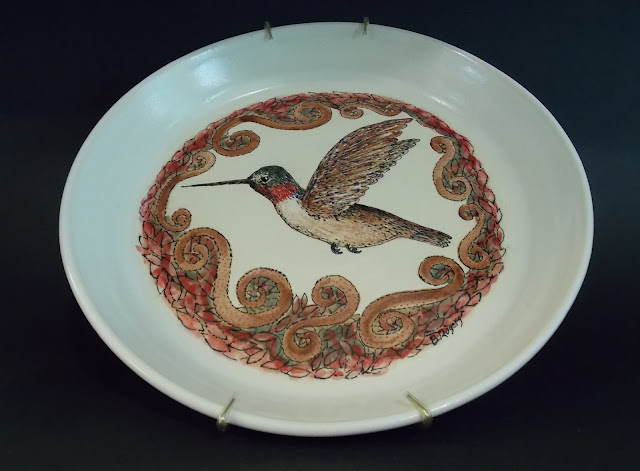 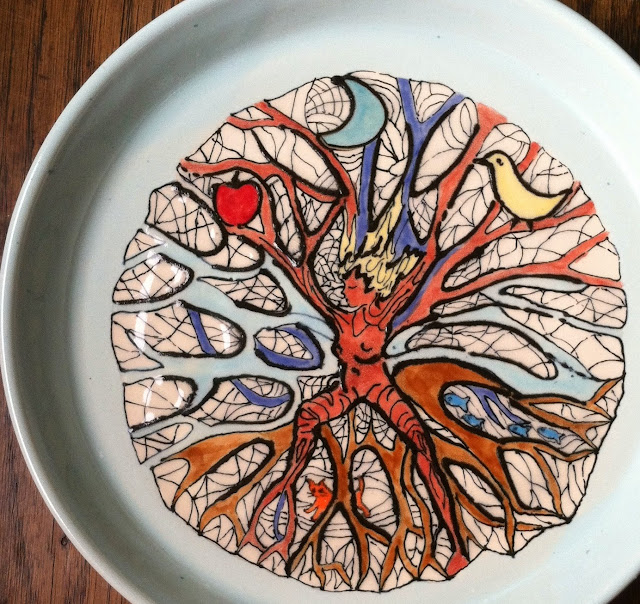 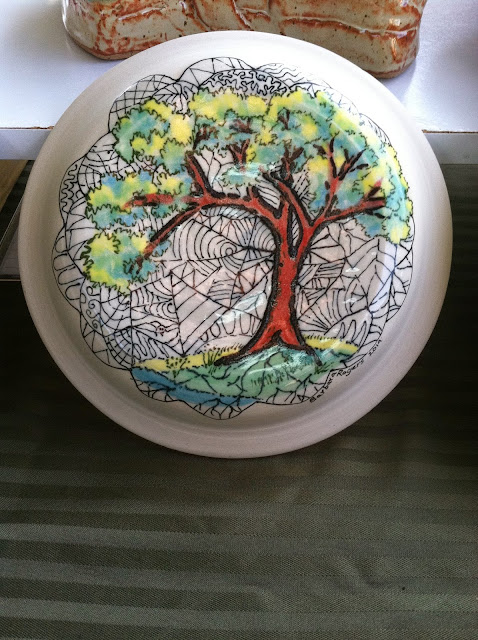 A wall pillow is basically a plate with its inside to the wall, with that three dimensional and decorated plate bottom turned out. 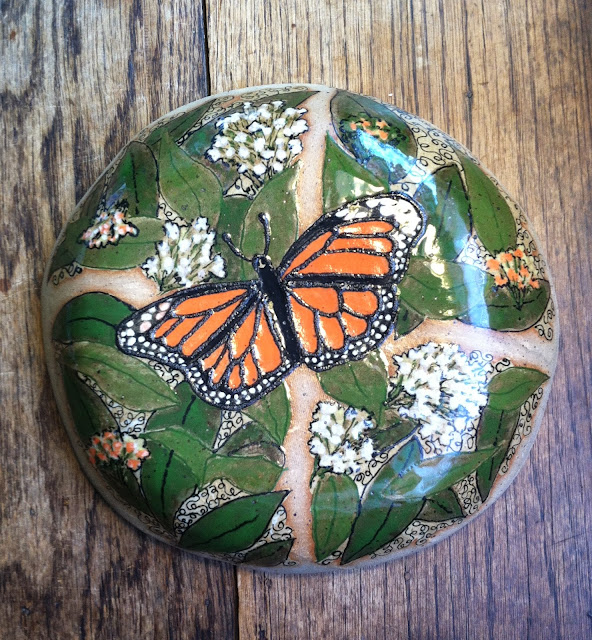 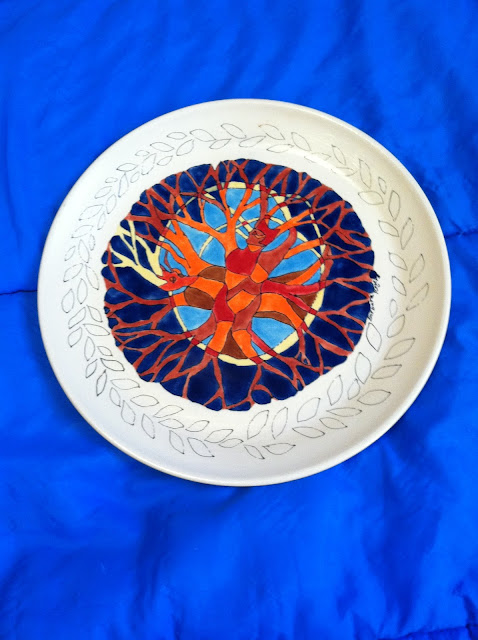 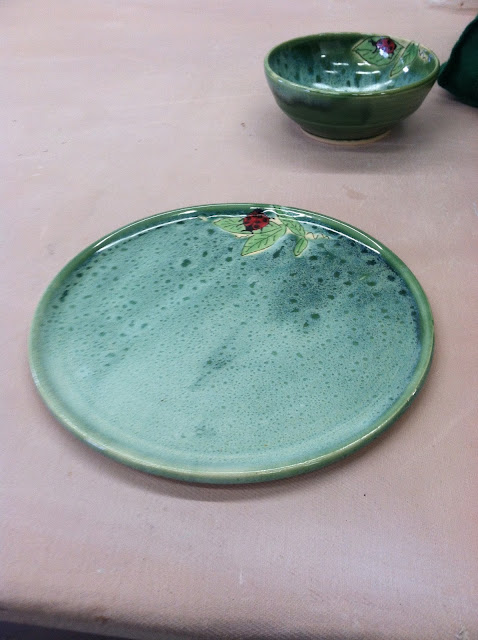 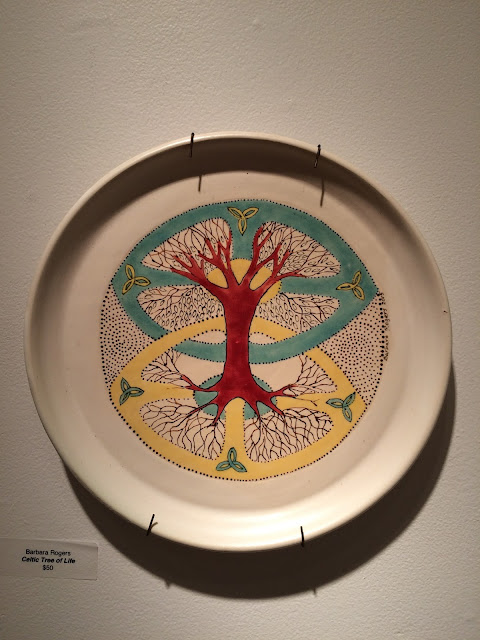 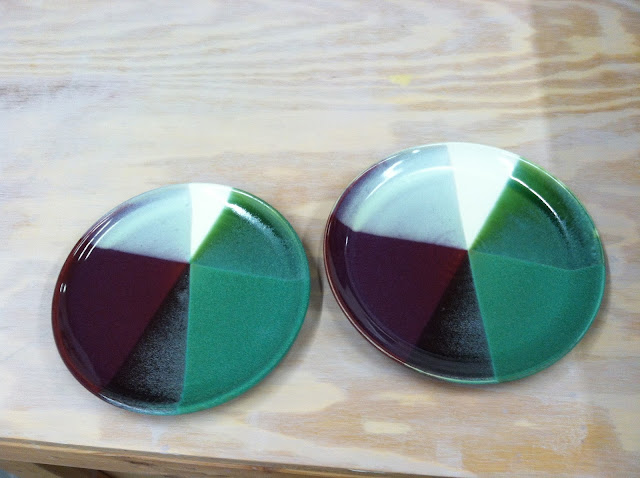 The three overlapping glaze design has now been officially named "Lovejoy" glaze. That's because the Lovejoys have purchased so much of this pattern! 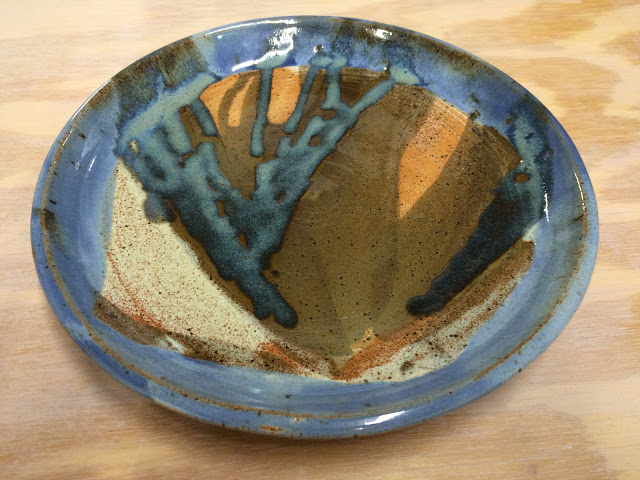 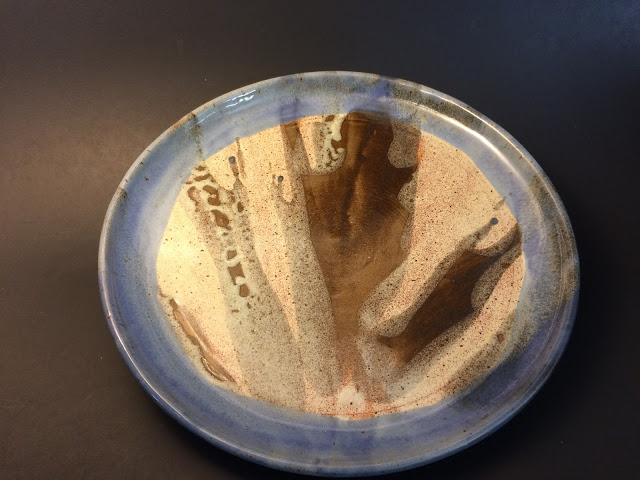 Eggshell and floating blue experimental glazes.  I'll try doing it again, but I dare say the blue won't turn brown like these 2 plates.  That's the way an experiment goes sometimes! 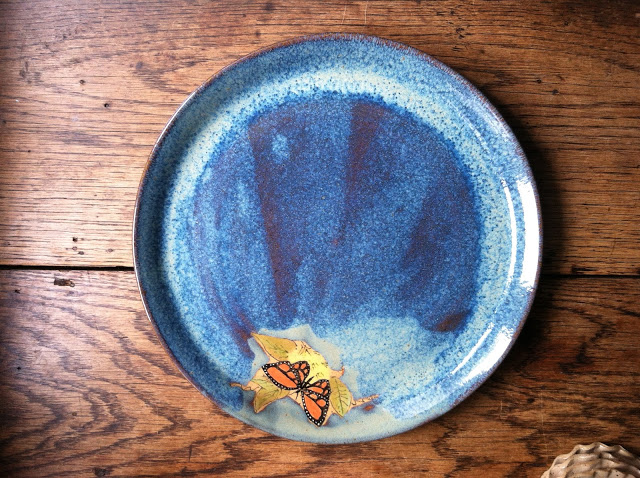 This shows the blue as I had planned it for the two plates above, and perhaps I can do this again.  A big perhaps!  I'll keep making some like it, and see what the kiln goddess gives me.

It is never too late to become what you might have been.
George Eliot
Posted by Barbara Rogers at 2:00 AM