I have an inventory of tiny pots. 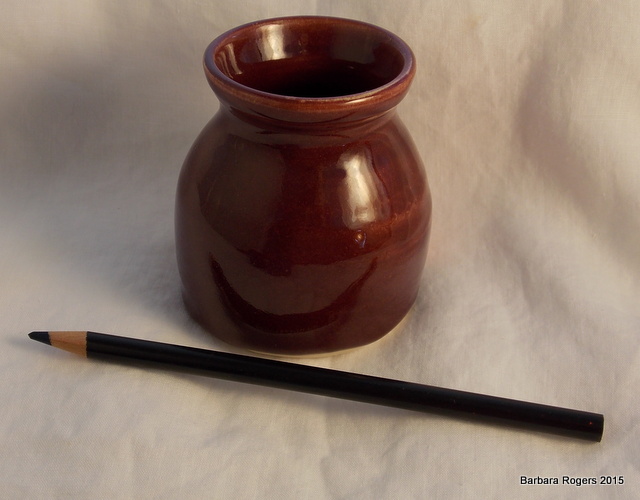 They take about as much work to make as a $25-$40 vase.  Just not as much clay, and let me tell you, clay is the cheapest part of the pot. Let's guess $0.05, yes five cents.  All my figures that I've come up with are pure guess work, and I think several of them may be way off, but I don't have any way of testing them.  I'm a potter, not an accountant! 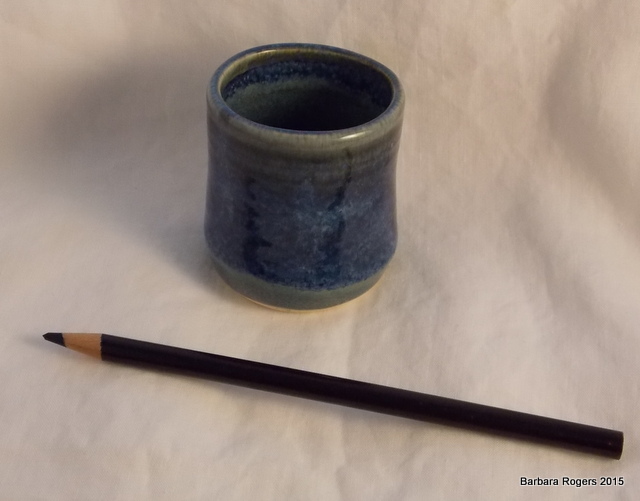 The actual pot is thrown on a wheel...electric is my blessing to be able to use.  It is then dried to leather hard.  Break down the throwing to expense of potter at $20/hour is 5 minutes or $1.00, electricity and wear on the wheel (in all of the work of making this) guessed at $0.05. 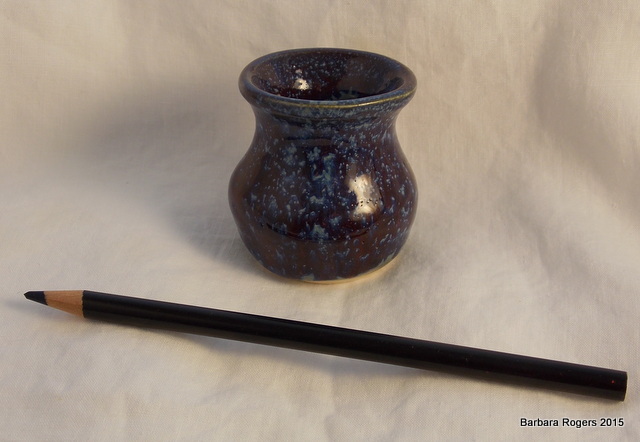 The pot bottom is trimmed (see my post about trimming HERE.) 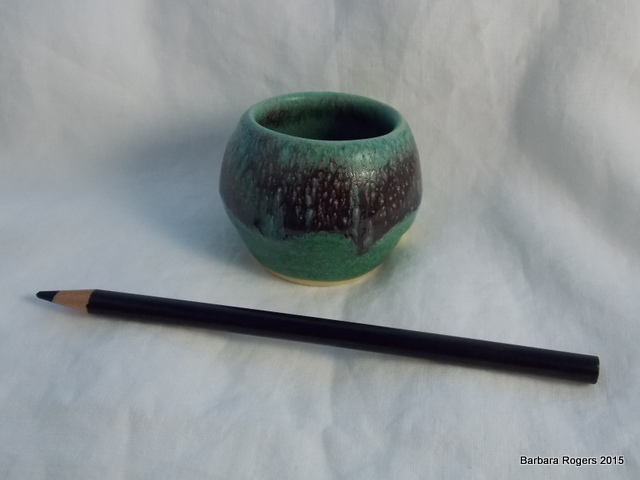 And if it's bottom is bigger than it's top, a "chuck" must be thrown first, in which the pot can rest while it's being trimmed, chuck throwing time is 1 minute or $0.20 of potter time.  The same chuck is used for several tiny pots.  As well as trimming takes another 5 minutes of potter time is $1.00 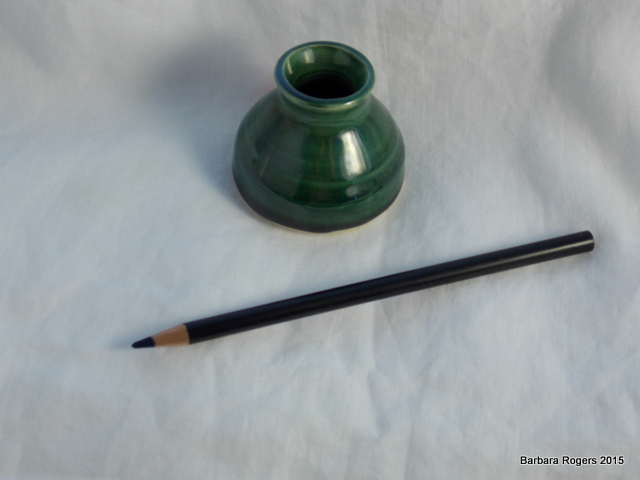 The pot is dried in the air, then fired to cone 05 in a kiln (much hotter than your oven at home).  Since the tiny pots can be stacked inside other things, they don't take up much space in the kiln, so their share of a load for a bisque is probably $0.01 each. 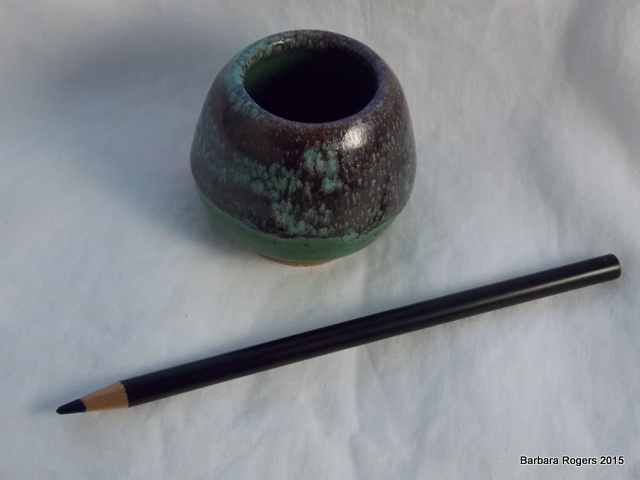 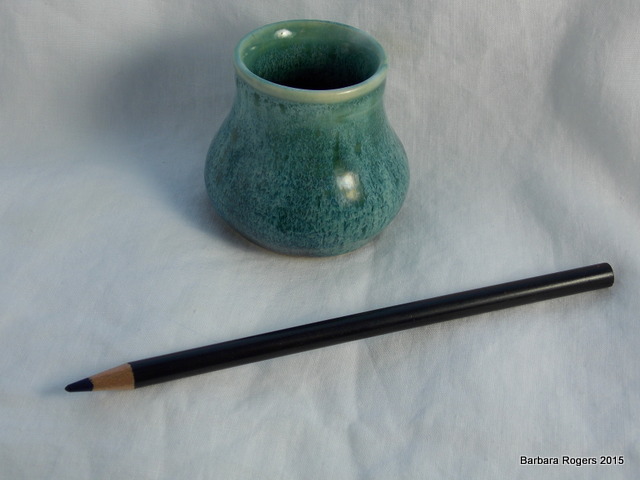 Each of those combinations are displayed on the outside of the pot, creating at least 3 different colorations with blending of the chemicals.  Cost of the glaze materials is probably among the higher costs but these are still tiny pots.  Glaze is maybe $ 1.00 each.  Potter doing the glaze will take me about 5 more minutes or $1.00 each. 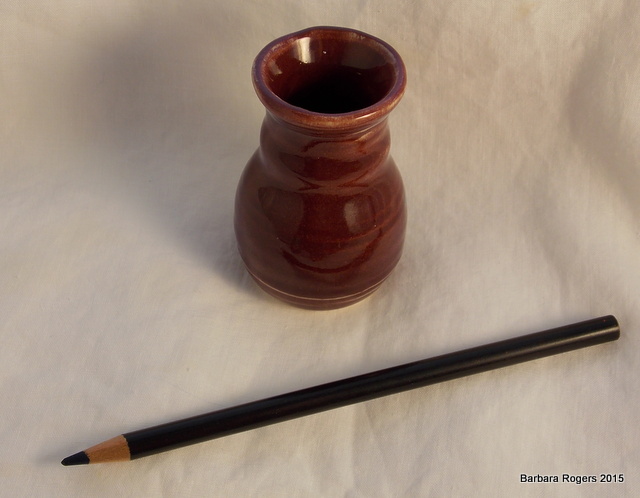 But before you get that finished design, the pot has to be glaze fired again, to cone 6, in an electric kiln.  This hotter kiln needs to have each object separated, and the firing takes longer, so I guess it might cost $ 0.75 each.  Having the studio manager load and unload the two kilns is part of his salary, so I should add in another $.50 to cover each pot in those firings as part of his time. (In this case, no matter the size of the pot, just loading and unloading takes just as long.) 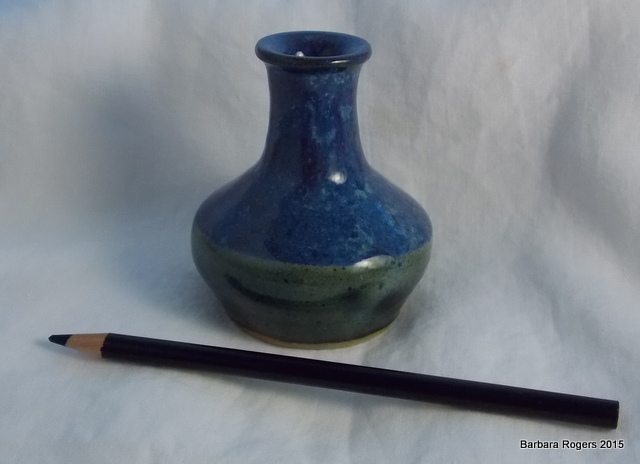 I pay a fee to the Black Mountain Center for the Arts to use their sudio space, their glazes, and to have my pots fired there.  Since I pay that toward the fees that I'm delineating, I won't charge separate for it.  In order for that fee to be accounted for I can figure it into my final sales price, and hope that a month's fee will be less than a month's sales.  Fingers and toes crossed on that. 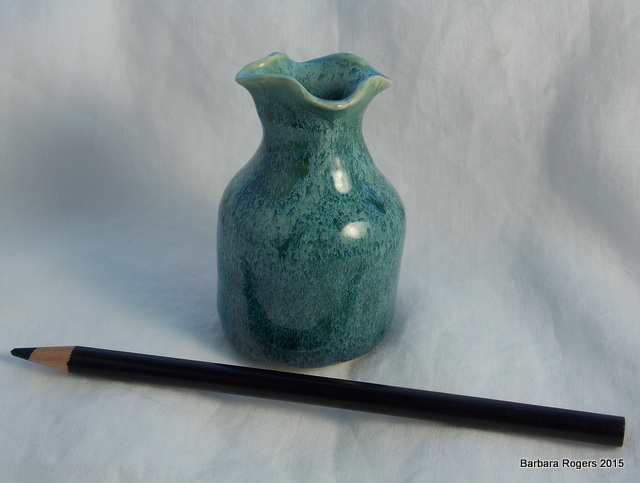 Each tiny pot sells for $7 - $15, average is $10.  I feel pretty sure I am not making much more money than it took to produce it.  That's why I put a half dozen of these in the office of the Black Mountain Center for the Arts.  We will share in proceeds of any sales, and thus the energy returns full circle. 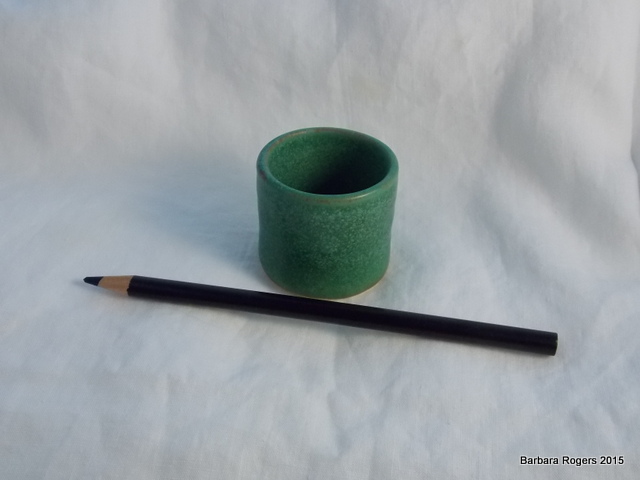 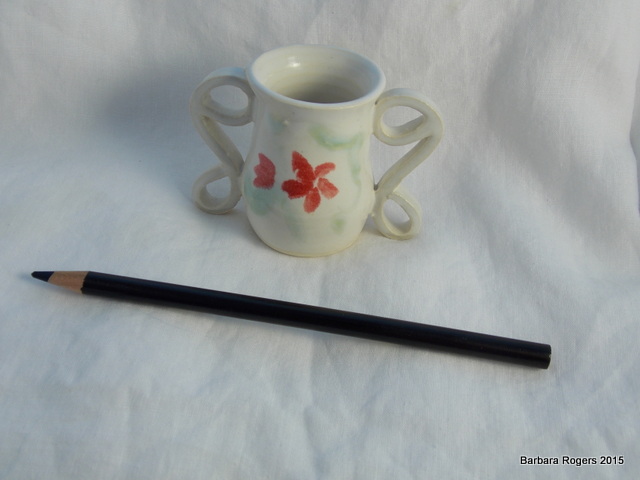 What do you know, I actually will have a bit of profit. After storing it at home for a year or more until it sells.  Cost of rent divided by..... then there's the cost of having a booth at the Tail Gate Market...gas going and coming.  A tub of tiny pots may not be as large as one of bigger ones, but they get heavy to carry back and forth if they don't all sell.  It's sure a good thing I don't look at my life as a pottery hobbyist to make a living. 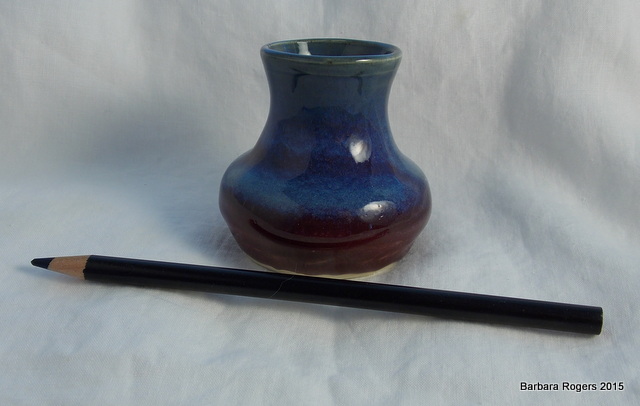 
When you realize that you always have the answers within yourself, you can stop searching outside of yourself.  Madisyn Taylor

Posted by Barbara Rogers at 2:00 AM