Rough gal for winds of change 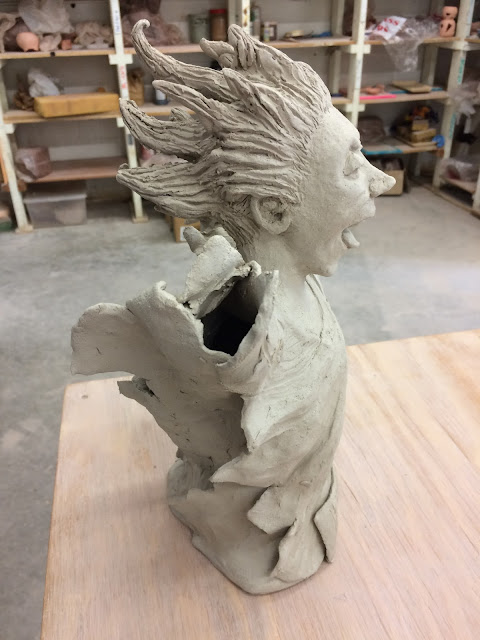 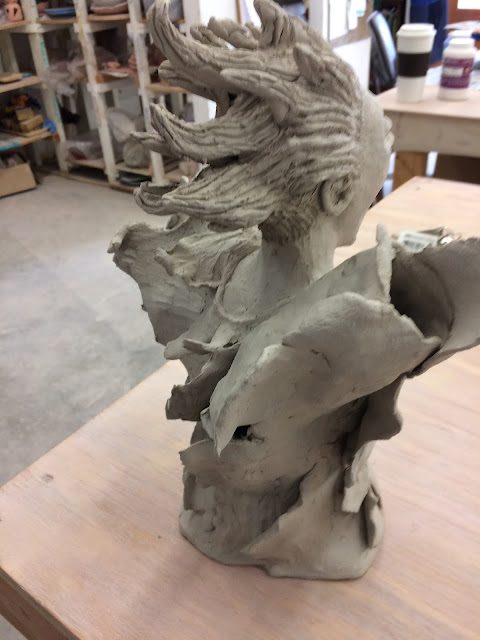 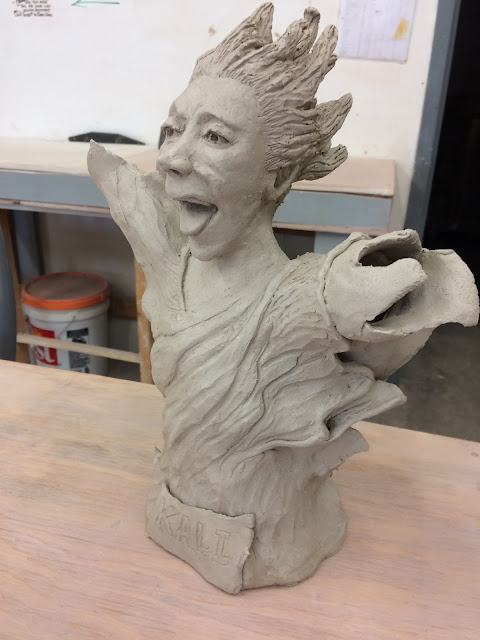 Waiting to bisque, Kali is the goddess who takes away that which is no longer of use to us...evil eater you might say.  I started out calling her a garbage collector, but then went with suggestion of the power of her sweeping away what is un-needed.  She is swept by winds of change.  I used her open mouth with protruding tongue as an exhalation into the wind, or a shout of protest.  There was so much emotion that wanted to come out of her, which feeling do you see?

Kali's earliest appearance is that of a destroyer of evil forces.
Kālī also shares the meaning of "time" or "the fullness of time" with the masculine noun "kāla"—and by extension, time as "changing aspect of nature that bring things to life or death.

Classic depictions of Kali share several features, as follows:
Kali's most common four armed iconographic image shows each hand carrying variously a sword, a trishul(trident), a severed head, and a bowl or skull-cup (kapala) catching the blood of the severed head.
Two of these hands (usually the left) are holding a sword and a severed head. The sword signifies divine knowledge and the human head signifies human ego which must be slain by divine knowledge in order to attain moksha. The other two hands (usually the right) are in the abhaya (fearlessness) and varada (blessing) mudras, which means her initiated devotees (or anyone worshipping her with a true heart) will be saved as she will guide them here and in the hereafter.[22]

...The most widespread interpretation of Kali's extended tongue involve her embarrassment over the sudden realization that she has stepped on her husband's chest. Kali's sudden "modesty and shame" over that act is the prevalent interpretation among Oriya Hindus.[28] The biting of the tongue conveys the emotion of lajja or modesty, an expression that is widely accepted as the emotion being expressed by Kali.[35][37] In Bengal also, Kali's protruding tongue is "widely accepted... as a sign of speechless embarrassment: a gesture very common among Bengalis."[36][38]
Source: Wikipedia
Posted by Barbara Rogers at 1:00 AM