In the hood again 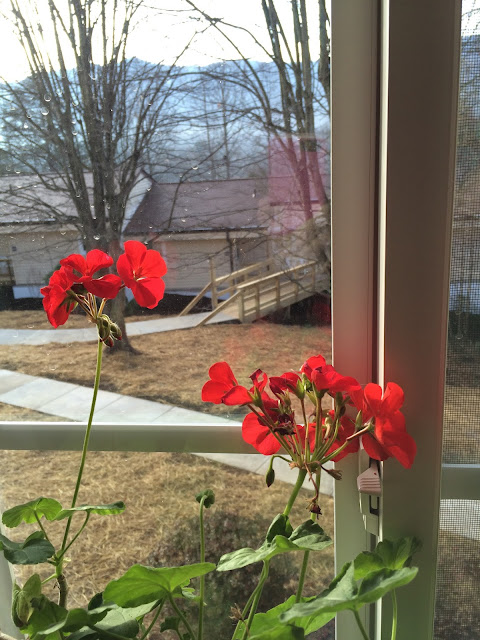 We've had such warm weather the heat hasn't had much work to do...and of course it's almost solstice, so lots of sun is coming in the southern windows. The geraniums think it's spring, but are still a bit gangly.

Some bushes have been left, as well as one little dogwood on the north side of the house, where there isn't as much space.  The mulch has a pungent odor like creosote.  I've had to avoid being around it much because it irritates my throat. 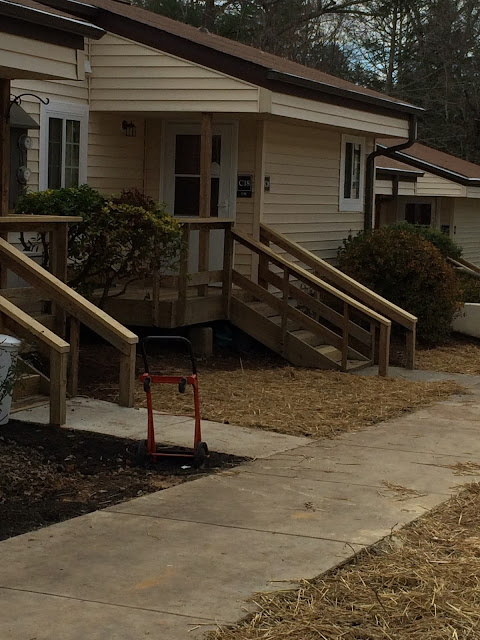 The work is almost over.  The huge storage containers that the contractor used have been hauled away, and I am pretty sure the big green monster tractor is also gone...which was used to move things from one area to another, as well as lift them and place them where needed.

Yesterday there was a man standing in the driveway or outside the office holding a clip board, watching the workers pressure wash the parking lot.  I got my car out of there before they replaced the dirt which I'd just gotten washed off...at a car wash.  The watcher was probably one of the inspectors we've been expecting.  I hope if he came in my house he didn't mind pottery scattered everywhere!

Yes it has been in the 60's all week, and is due to be so again today.  Very strange December weather.  But due to be cold again by Christmas.

Posted by Barbara Rogers at 8:59 AM