Glaze tests for pottery are weighed, like the Sepia Saturday guys on a scale!

My weekly contribution to Sepia Saturday continues, though I slide off the meme often. I sure enjoy reading other folks contributions though! Also posted on When I Was 69 blog.

This week we have... 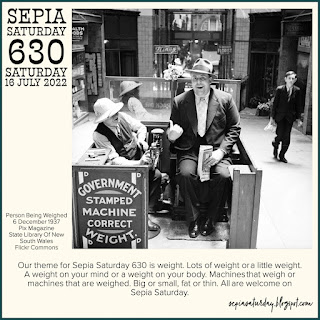 My closest use of a weighing scale was when I was mixing glazes in pottery testing, to see if I could come up with a glaze that did something I wanted, or to see if it came up with something else entirely.

Unfortunately I don't have photos of all those tests. But let me check and see if I blogged about them...so there might be some old posts somewhere... 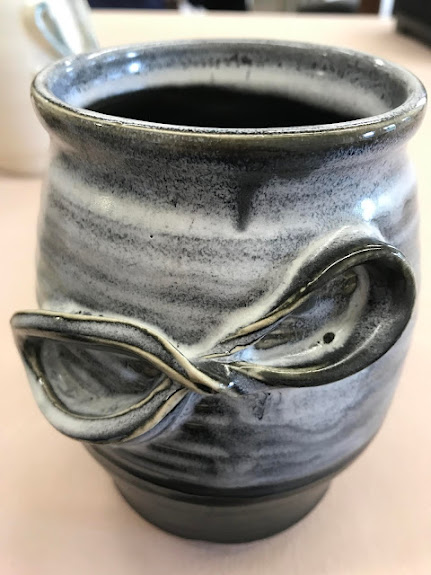 A glaze combo that I liked, first the whole vase is submerged in matt black glaze (studio recipe) after drying for a few hours, I brushed a liberal coat of white glaze on it. The clay itself is a white body, so when the glaze breaks the clay that shows is a slightly different shade of white. 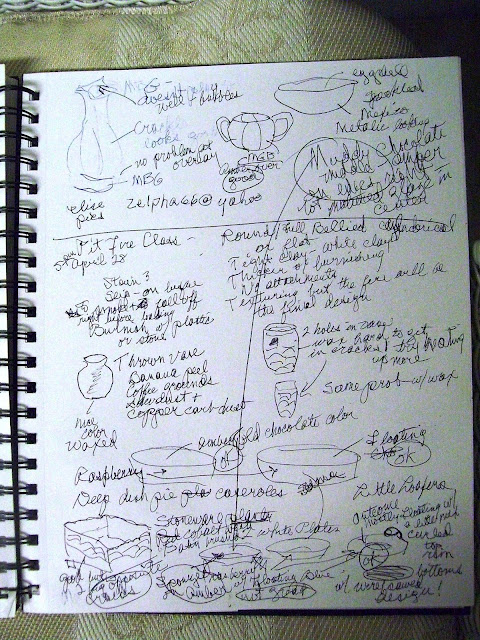 This is my glaze recording sketch book.  I have those few "OK" circles when something came out somewhat the way I liked. This test bowl has a base glaze but with different streaks of other glazes across it...so I can see what is most compatible. 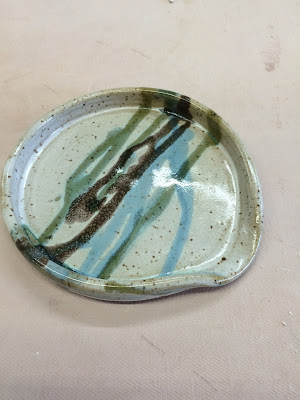 Same as above but here is on a spoon rest. 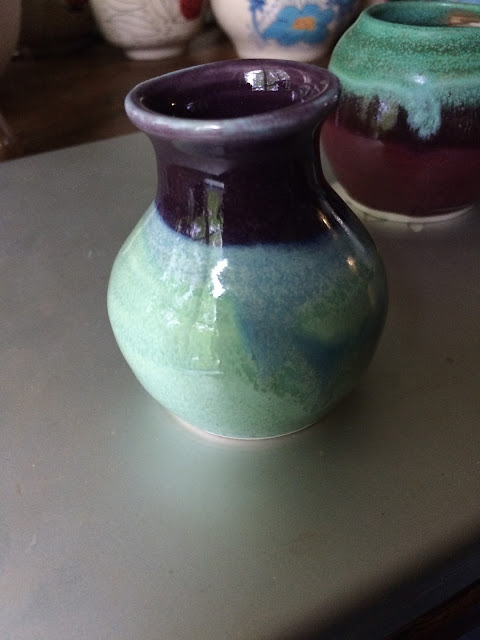 Here I threw a lot of little vases off the hump (a big lump of clay on the wheel) and then tried different glaze combinations...some of which were recorded in the sketch book. 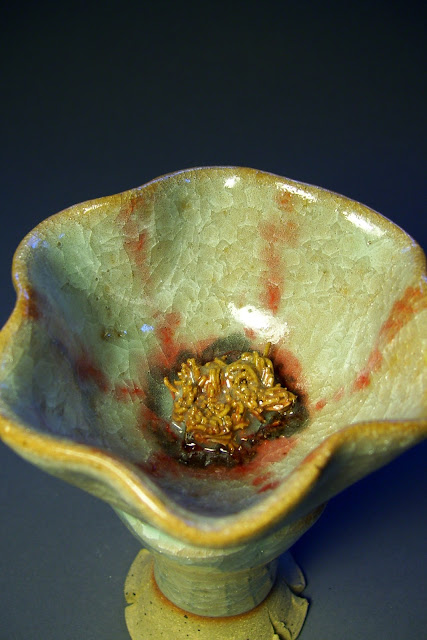 I used a formula for Snowflake Glaze which I found in Ceramic's Monthly magazine...so I mixed the basic colorless glaze, tried it on top of some detailed colors. It only gets the pretty crystals on the insides of things, where it is pretty thickly applied. 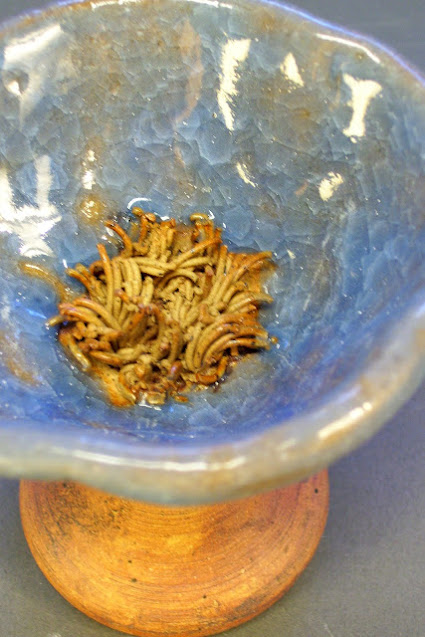 I used the basic snowflake glaze and tried adding a very small amount of cobalt...thus. 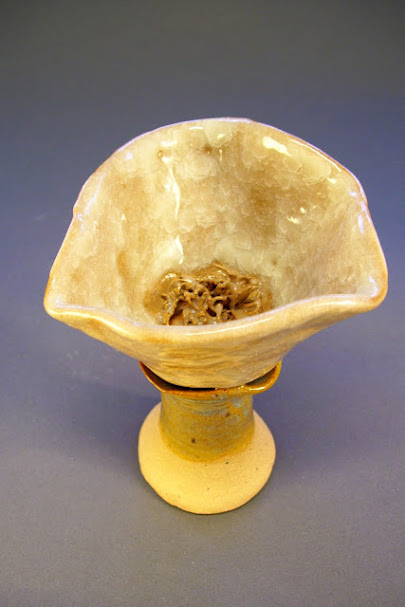 Not sure what this had added...perhaps chrome. 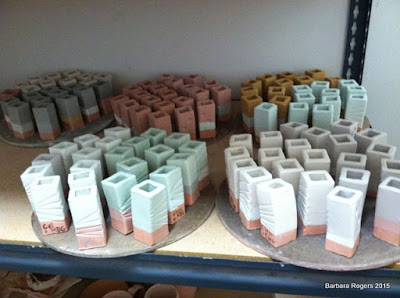 I helped another potter make lots of glaze test tiles for the studio glazes. That's what these are called. We started with one basic glaze on each set, then after it was dry, we dipped them in other different glazes about halfway down. There are some lines and dots on the little towers so we could see how glazes might "break" over features like those on pottery. Here they are waiting to go in the kiln to fire to cone 6...about 2200 degrees F.
Oh another important part was writing the glazes on each little tile.

Here's a selection of glazes over the base glaze of Eggshell.

There's a huge display of all the glazes available in the studio on the wall. Of course people can also purchase ready made glazes, or formulate their own from reliable recipes.

I even bought a book by a local glaze master, John Britt, all about cone 6 glazes. Didn't get much use, because I retired from making pottery 2-1/2 years ago.

I do miss my friends at the studio, but with COVID I just have stayed away for the last 2 years, while they put in lots of restrictions as to how many potters could be in the studio at a time, etc.

Sharing with my art blog "Alchemy of Clay"