How Primitive am I?

As an artist...I love some of the primitive works I've seen. 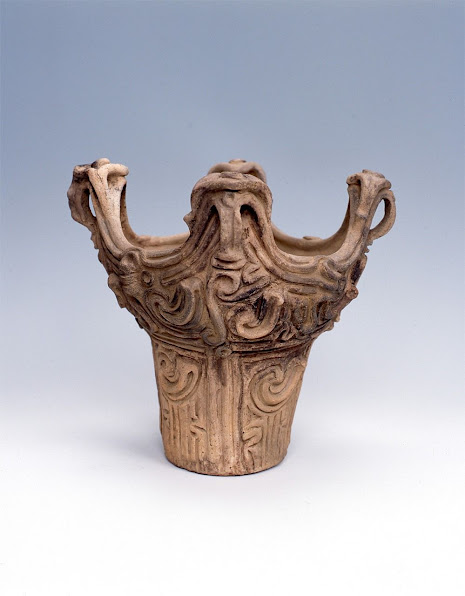 Nope, not my work! These pieces are from the Jomon period in Japan, which covered from 14000 to 300 b.c e.. I've always been attracted to this primitive style. 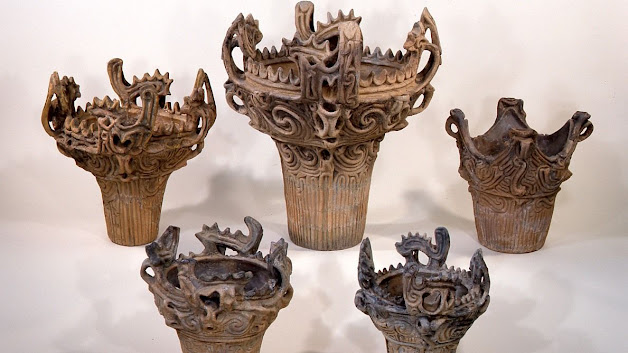 These were not able to hold much water, since their clay is still somewhat porous. But they have exquisite details. I blogged about them earlier (HERE) if you wish to see more of them. 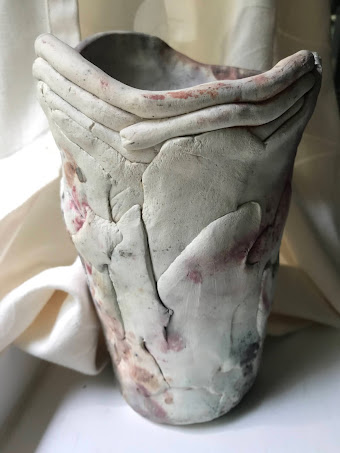 This little vase (by me) is formed much the same way, and pit fired, probably in a similar way. It is one of my favorites. 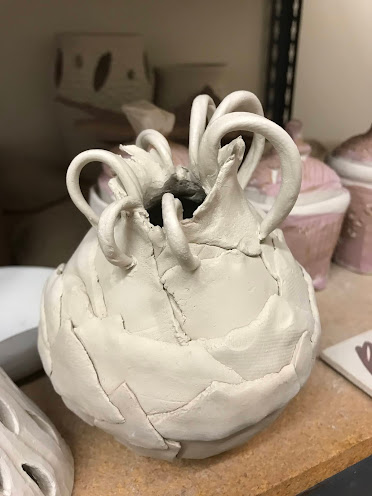 Before bisque firing...this shows how applied thin elements dry faster, and will also heat up faster when firing, so are more likely to break off. Look again at the Jomon decorative additions. 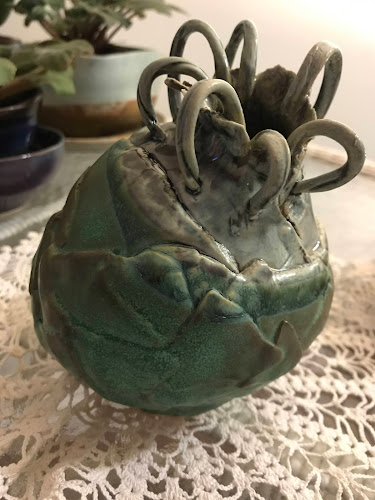 The finished piece, with a couple of glaze tones added and fired to cone 6. 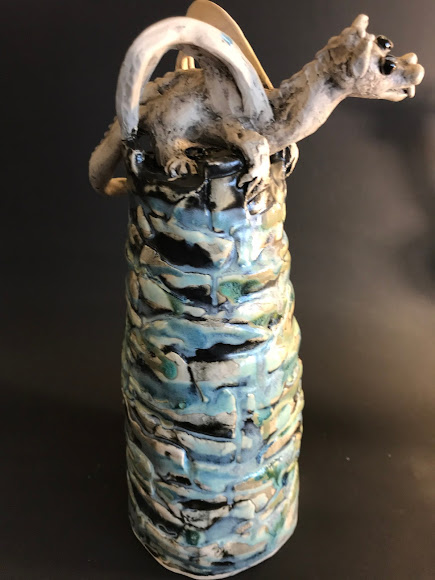 I like hand building, here a tower has a little dragon on the top. This  was once of the last styles that I made before quitting pottery. Between my health and COVID, the work space was too small and dusty for me to continue.
So in answer to the question in my title...I'm a little bit "primitive" and a little bit rock and roll. (That's from an old song, which I think had "country" instead of primitive, very close in meaning to me.)
Posted by Barbara Rogers at 3:00 AM