A friend liked the glaze which she had on a very large bowl, so I've tried to do the same on these smaller bowls for her. 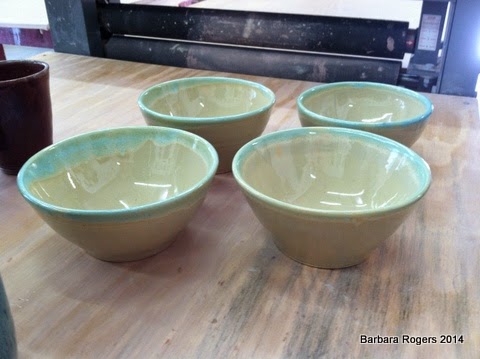 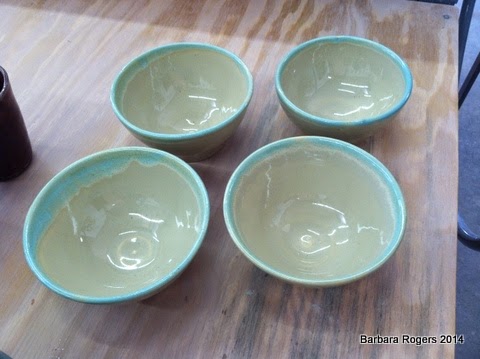 Eggshell is one of the studio glazes at the Black Mountain Center for the Arts clay studio.  And the turquoise on the rim is another glaze called Mexico, which is in very short supply these days.  Shortage of Mexico glaze is directly proportional to the cost of one of the chemicals which make up this color, namely tin.
Posted by Barbara Rogers at 8:58 AM